Estimated Reading Time: 6 minutes, 43 seconds. I’ve bolded the golden nuggets if you’re in a bit of a hurry. 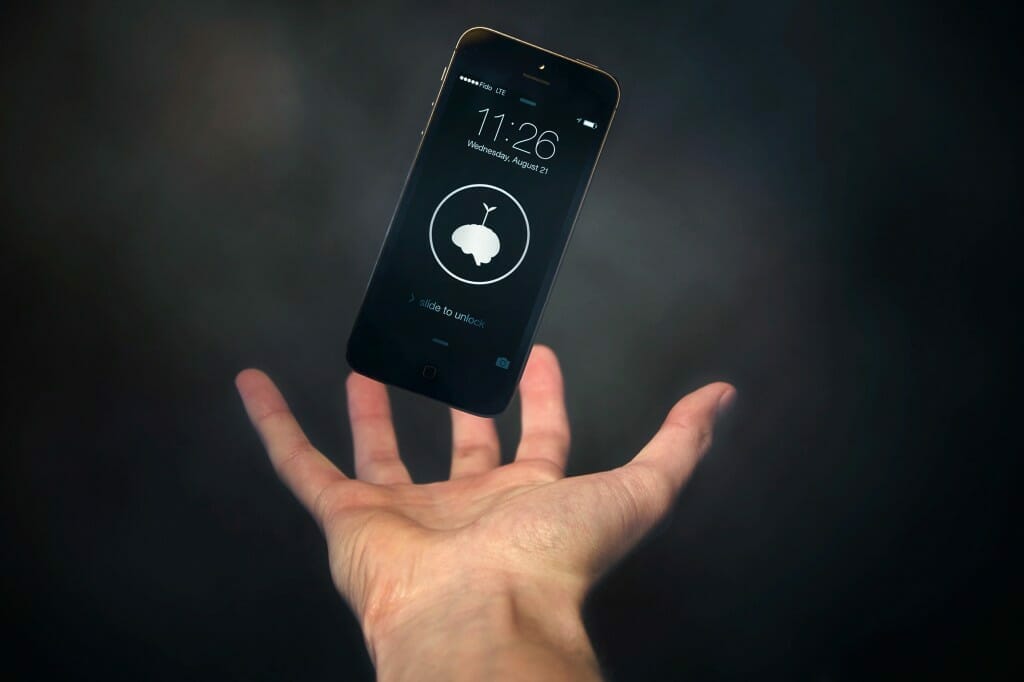 For the last three months I have only used my smartphone for one hour a day; a tall order considering my smartphone is like another appendage to me. Actually, scratch that – before this productivity experiment, my smartphone was like tapestry, so interwoven into my life that I couldn’t dream of living without it. If I came up with a crazy thought, I would pull out my phone to tweet it out. If I saw a book I wanted to read, I would snap a picture of it with my phone to refer back to later. If I wanted to pass some time at the bus stop.. well, you get the idea. 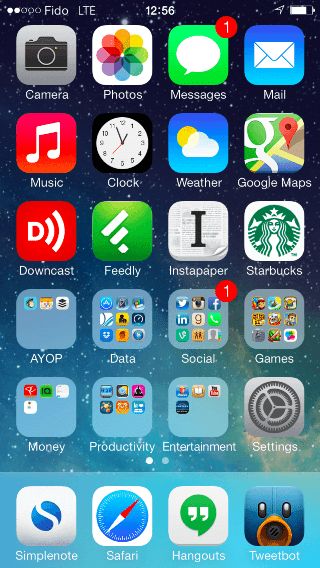 There is an adage that says great design is invisible, and that holds especially true for my smartphone. Over the last few years, my iPhone has done everything from wake me up in the morning to track my sleep when I went to bed, and over time it became so interwoven into my daily routine that it became invisible to me; such an essential part of what I do and who I am that I couldn’t imagine living without it.

Until I started this experiment.

I’ve boiled down everything I learned over the last 3 months into the 10 points below. This productivity experiment wasn’t as tough as meditating for 35 hours over a week, or living in total reclusion for 10 days, but because it lasted so damn long, it sure wasn’t easy (I used my phone for as much as 3-4 hours a day before starting this experiment). Here are the top 10 things I learned using my smartphone for only 1 hour/day for 3 months!

10. You meet interesting people when you’re not always on your phone.

Shortly after I started this experiment, I met a man named Michael at the bus stop, simply because I didn’t have my headphones in. A similar thing happened a couple of other times throughout the experiment.

9. Your smartphone is a teleportation device.

Your smartphone is like a little black hole in your pocket that sucks you into its vortex dozens of times every day. If you pick it up when you’re in an elevator, on a bus, or going for a walk, it sucks up 100% of your attention as you use it, essentially hijacking your attention until it has teleported you to your destination. I’m not sure if this is a good or a bad thing, but I’m leaning toward bad. Just as a practice like meditation can help you work out your attention muscle, I think losing control of your attention, like when you become completely absorbed in your cellphone, can do the opposite. 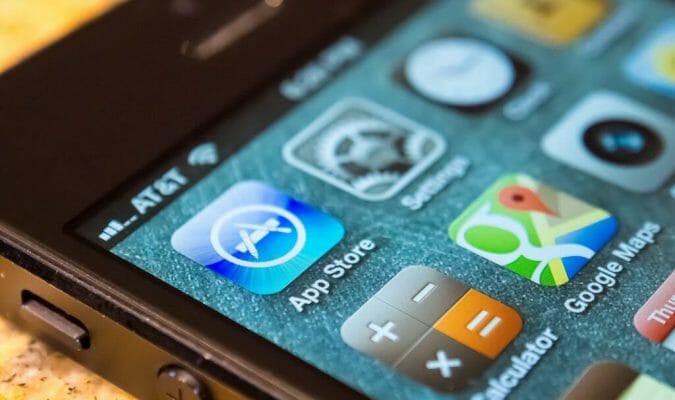 8. Because of smartphones, people are bored a lot less often, and that’s a shame.

I find that my best ideas come from completely out of the blue, especially when I’m bored. When your mind is bored, it looks around for excitement and ideas in new places. Your brain also chews on ideas when it’s bored. In my opinion, leaning on your smartphone when you’re bored is, at least in the long-term, a pretty unproductive thing to do.

7. Using your smartphone distracts you way more than you think.

Studies have shown that “the impairments associated with using a cell phone while driving can be as profound as those associated with driving while drunk”.1 But the thing is, people don’t only use their phones when they drive. They use them when they’re talking to you, when you’re in a meeting with them, when they’re walking down the street, and when they’re working. Know how much of an attention suck a smartphone can be, because people could be paying a lot less attention to you than you think.

6. Your smartphone is stimulating, but it dilutes your interactions with people.

If you gave me the choice between having a nice coffee with someone or sending a bunch of tweets back and forth, I know which one I’d pick after this experiment. Texting, Twitter, and Facebook are fun and addictive, but if you really want to invest in your relationship with someone, meet with them in person instead.

5. When you meet with someone in person, you should shut your phone completely off.

Absolutely nobody you meet cares (or can see) what you’re doing on your phone. When I had coffee with a few friends throughout the course of this experiment, the first thing I did after I sat down was shut my phone completely off. Shutting your phone off when you’re with someone is a great way to show them they they’re important to you, and that you’re ready to give them 100% of your attention.

4. When people get nervous or anxious about a situation they’re in, they almost always pull out their phone.

The next time you walk into an elevator, make a make a mental note of how many people pull out their phone, especially if there’s only one other person in there with you. When people are anxious about a situation they’re in, they almost always fidget with their hands and minds.

3. Using your smartphone is a very low-leverage activity.

In fact, if you’re like me, most of the things you do on your phone are a waste of time. They involve diluted social interaction, bite-sized status updates, and other things that have a very short shelf-life (but are still stimulating nonetheless). That’s not to say that my smartphone isn’t useful – it is, in fact, it’s one of the useful devices I own. But it’s worth taking the time to identify the activities on your smartphone that will provide you with the highest return for your time, because there are a lot that are a waste. 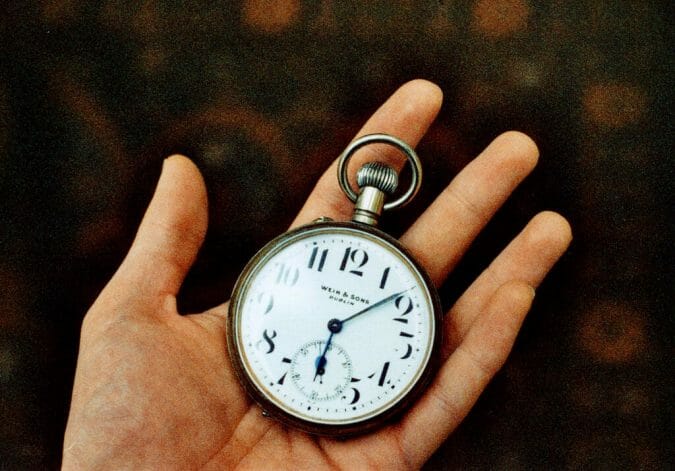 2. You use your phone way more than you think you do.

If you hire your phone to do as many jobs as me, I’d wager a bet that you use your smartphone a lot more than you think you do. If I had to guess at the beginning of the experiment, I would have said that I used my phone for 30-60 minutes a day. A few days into the experiment I measured exactly how long I used my phone naturally, and I use it for as long as 3-4 hours a day, simply because I hire it to do so many jobs. That’s a lot of time to spend on something as low-leverage as using your phone. If you’re serious about regaining control of your time, track how much you use your phone. You might be surprised by just how much you use it.

1. Think hard about the jobs that you hire the things in your life to do for you. 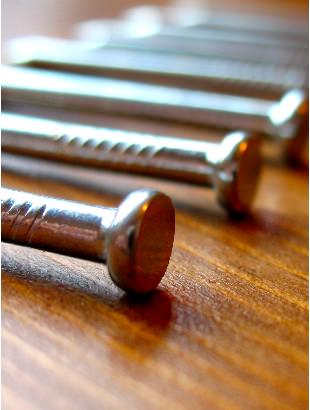 The ‘jobs-to-be-done‘ theory is a powerful one. According to the theory, you hire every single device, object, and even person in your life to do a certain job for you. You may hire a beautiful, living room painting to provide you with warmth and pride, your morning coffee to provide you with energy and comfort, your spouse for companionship and to feel loved, and this website to make you more productive.

Throughout this experiment, here’s the funny thing I discovered: The ease of this experiment depended solely on whether I had other devices around me that could do a given job that I would typically hire my phone to do.

If you’re like me, you hire your smartphone to do a lot of jobs for you. I hire mine to, in no particular order: access twitter, send and receive email, play music, make phone calls, calculate numbers, browse the web, play video games, be my Starbucks card, give me transit directions, tell the time (and act as a timer), be a pomodoro timer, and a whole lot more. Naturally, the more jobs you hire a gadget to do for you, the more your life will be disrupted after it’s gone.

Thinking hard about the jobs you hire your phone to do for you will allow you to truly see the place it occupies in your life.

Plus, if you’re anything like me, you might find that there are a lot of jobs that can be done better by something else.

Major thanks to Ryan Wang for editing the feature image of this post. Photo credits, in order of appearance: Caden Crawford (phone and hand), Robert Donovan (closeup of iPhone screen), William Hook (white iPhone side shot), and Richard Lambert (timepiece).