The Productivity Experiment I Failed Miserably: Eating only “soylent” for a week

Takeaway: Soylent is a powdered food substitute that supplies your body with all of its daily nutritional needs. Just mix it with water and a bit of oil, and then drink the smoothie-like concoction. I failed miserably at this experiment because I like food too much, but soylent is still fantastic: it takes a minimal amount of time to prep, is dirt-cheap, and is a perfectly healthy food. However, it’s way less fun to eat than food, which sucks if you love food as much as I do. 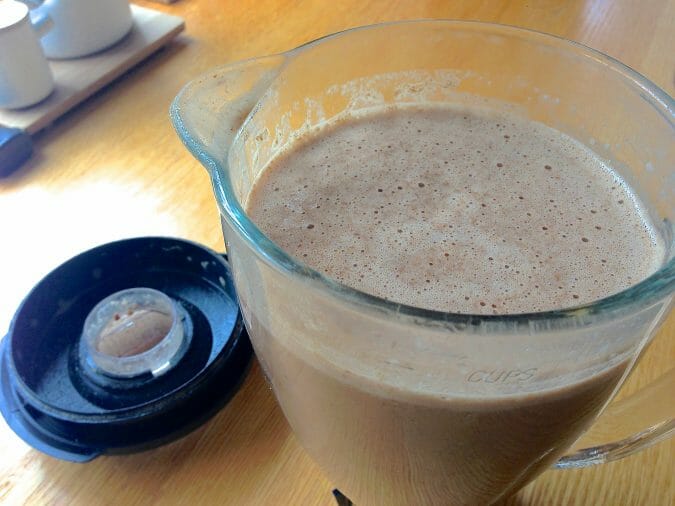 Soylent is a powdered food mix that supplies all of your body’s daily nutritional needs. To prepare some, you simply combine soylent power–which contains everything you nutritionally need over the course of a day–with olive oil (for fat) and water, and then the drink the smoothie-like concoction. Because the official, kickstarted Soylent isn’t shipping yet, I made my own for this experiment, following the Hackerschool Soylent recipe.

Nutritionally-speaking, soylent is the perfect food. Since it is a powdered substance and you can control exactly what you put in the mix (for this experiment I prepared big batches of the stuff ahead of time), you can engineer the food substitute to contain exactly how much protein, carbs, fat, sodium, potassium, and fiber your body requires on a daily basis, and add vitamins and minerals to compensate for whatever else you’re missing. The soylent I prepared contained: 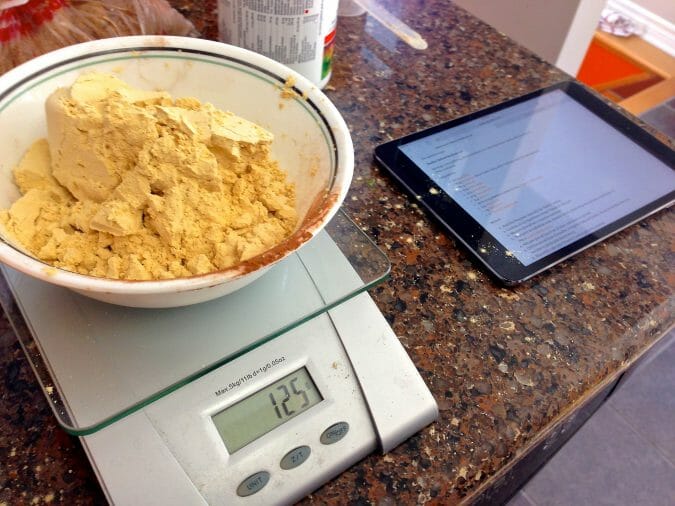 Since you can calculate exactly how much protein, carbohydrates, vitamins, fats, minerals, fibre, and other great things are in the mix, you can essentially create a mix that is totally perfect for your dietary needs. Need a bit more Vitamin D? Great, grind a Vitamin D tablet and put it into your mix. Have trouble remembering to take a daily multivitamin? No problem, crush one of those up and put it in the mix too. Having trouble getting enough fiber? Again, no problem, just add more ground flax to your mix.

Soylent is the closest thing out there to the infamous meal-in-a-pill popularized by The Jetsons in the 1980’s. The idea of soylent is a great one, and on the surface, soylent is pretty close to perfect.

But just like riding a Greyhound bus, eating cheap Chinese food, or playing a rousing game of Monopoly, you quickly learn how terrible of an idea eating only soylent can be. 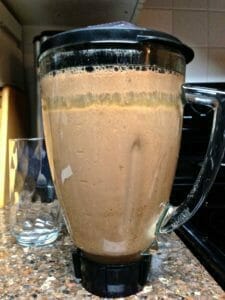 Why I failed miserably at this experiment

I don’t think it’s possible for me to overstate how much I love food.

I’ve done a lot of crazy experiments over the course of AYOP so far. I’ve lived in total isolation for 10 days, meditated for 35 hours in a week, watched 70 hours of TED talks in a week, worked 90-hour weeks, used my smartphone for only an hour a day (for three months), and much much more.

But I didn’t quite have the stamina to make it through this experiment.

I think the reason for that is simple: I love food.

I remember when after my first year of University, I hopped on a plane to run around Europe on a solo trip. I don’t remember much from that trip, even though it was just a few years ago–but I remember the food. I remember the tender rabbit I ate at a Michelin-starred restaurant in the central town square in Krakow, Poland. I remember walking down a side street of Paris, massive baguette in hand, breaking off and scarfing down massive chunks of the loaf as I walked by people I couldn’t speak to or understand. I remember what I ate for breakfast today (oat flour pancakes and an apple), for lunch (rice and homemade chill), and for dinner (vegetables, pita, hummus, and more chill and rice). I also remember what I ate yesterday and the day before that.

It’s not that soylent was unenjoyable to eat; it’s that I didn’t feel satisfied afterward. Take, for example, something as simple as the texture of food. I love the feeling of biting into a fresh stick of celery; feeling the fibre-rich framework of the vegetable crumble like a stone castle under the weight of my teeth. To me, food is poetry; the very tapestry that my day threads in and out of and around. If I’m excited on a given day, more often than not I’m excited about something I’m going to eat. It may be sad, but it’s true.

On day two of this experiment, as I was bussing home from a local speaking gig, I couldn’t take it any more. I wouldn’t get home until after 10pm, when the Burger King across the street from our house closes, so I texted my girlfriend and asked her to pick me up a burger, knowing full well that eating the burger would cause me to fail this experiment. But I didn’t care.

When I got home, the Burger King bag sat quietly on the kitchen counter. I beelined toward the bag, and tore it open to find the burger, wrapped neat as a present inside. I still remember my first bite. I’m not a huge fan of fast food, but I remember the burger’s taste as I chomped through layers of white bread, lettuce, and tomato to get to the juicy patty that laid at the hamburger’s core. It was delightful, and I don’t regret it for one second.

The reason for me breaking down in the middle of this experiment has a lot more to do with how much I love food rather than how much I hate soylent. Soylent isn’t terrible by any means, and I actually enjoyed it after I didn’t eat it exclusively over the course of the experiment. But there is a time and a place for it, as I’ll get to below, and eating soylent exclusively simply wasn’t something I was willing to do–not even in the name of productivity. 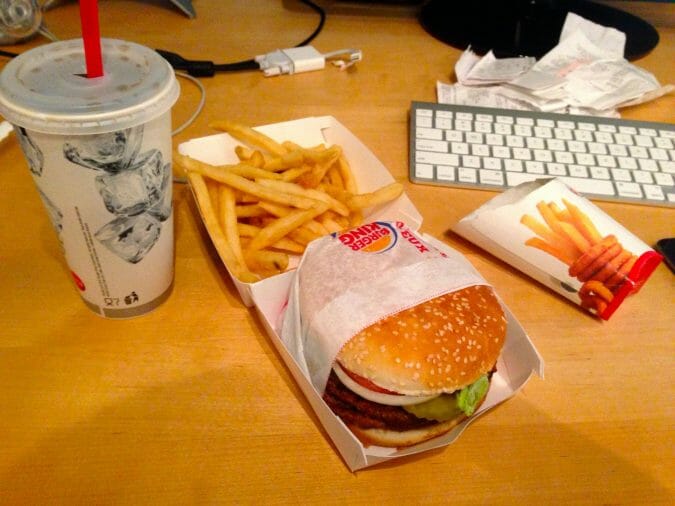 Should you eat soylent?

Last week I published on article on how it’s important to know why you’re doing what you are, instead of just working through the items on your to-do list, and that idea most definitely applies here. Knowing why you want to eat something like soylent is key, since the mix has definitely its fair share of pros and cons: 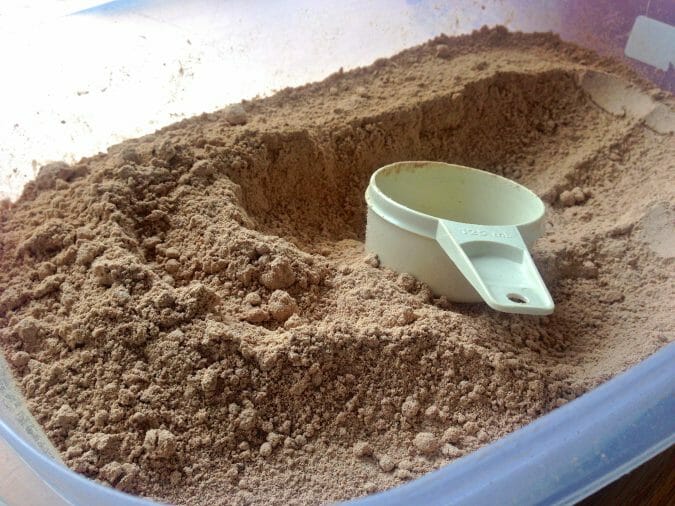 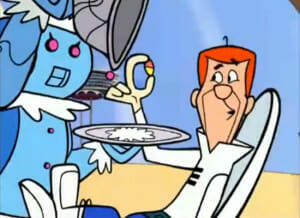 Food is fantastic–in my opinion it’s one of the greatest things out there. And sure, soylent is technically a perfectly balanced food, but I would vehemently argue that there is way more to eating than pure nutrition alone. After all, what would Christmas be like without your mother’s home cooking? What would a party be without snacks? What would Valentine’s day be like without chocolates and wine?

If a magical Jetsons-esque pill was created that supplied your body with all of its daily nutrients, would you take it? My bet is that you’d at least give it a shot, and though it would be useful a lot of the time, I’d also bet you would quickly miss food quite a bit, too.