Experiment: The top 10 things I learned drinking only water for a month

Takeaways: Water is one of the best things ever. My biggest lessons from this experiment (in order of increasing importance): every day you drink a whopping 400 calories; there are 8 triggers that motivate you to drink something; caffeine boosts your athletic performance; what you eat and drink are two of the biggest things that impact your energy levels; coffee/tea are just as hydrating as water; take the time to be grateful for all of the nice things you have; you should drink caffeine strategically, not habitually; and caffeine boosts your focus, but makes you less creative. Whew. 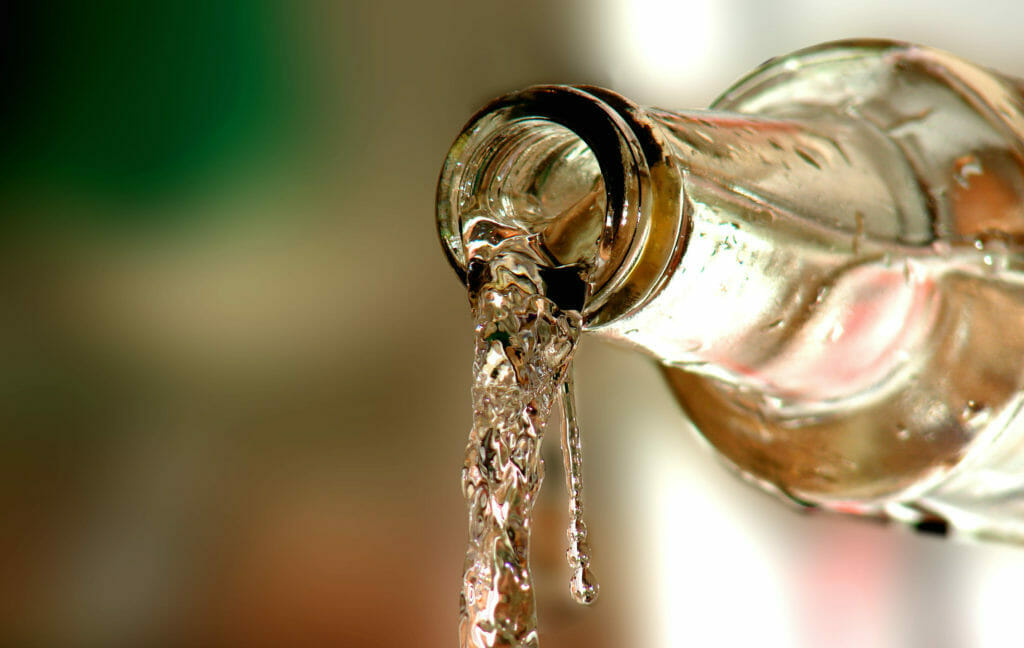 For the entire month of February I drank only water as a productivity experiment. I had no caffeine-based pre-workout drink to get ready for the gym, no mid-afternoon tea, no red wine on Valentine’s Day, and no drinks on my girlfriend’s birthday–the fanciest thing I drank all month was a cup of hot water with a lemon wedge. (I’m definitely kicking myself for not picking an easier month, but hindsight is 20/20 I guess.)

To be honest I didn’t expect to learn much from this experiment, but looking back, I learned a ton. This article is a long one, but I know you’ll get a lot out of it, and I tried to make it as skimmable as possible so you can easily skip to the parts you’re interested in.

Without further ado, here are the top 10 lessons I learned drinking only water for an entire month!

10. Every day you drink a whopping 400 calories

If you’re average, every day you drink a whopping 400 calories.1

With a bit of basic arithmetic, it’s not hard to calculate how drinking more water will help you lose weight. To lose a pound of fat, you need to burn off (or have a deficit of) about 3,500 calories, though this number varies depending on how fast your metabolism is, and how much water and lean tissue you burn off as you reduce your caloric intake.2 That means that if you drink only water (or fluids that contain no calories), in 9 days you will lose one pound of fat. That’s equivalent to the amount of calories your body burns running at 5mph for 30 minutes every day for 9 days!

It’s not easy to lose weight, but drinking more water has got to be one of the easiest ways out there to cut back on how many calories you consume.

Not only will drinking more water help you cut out unhealthy, high-calorie drinks from of your diet, but water also serves as an appetite suppressant that will help you consume less calories in the first place.

9. Know the eight triggers that motivate you to drink something

I think one of the keys to changing your habits is recognizing what drives your behaviour. Taking a second to ask yourself why you’re about to drink something is the perfect trigger to make yourself drink healthier.

There is always a reason you drink what you do, and when you drink so much over the course of a day, being mindful of whether that reason is productive or unproductive for your health is definitely worth doing. Personally, I can think of eight reasons you drink (if you can think of any others, sound off in the comments and I’ll add them to the article!):

When you are about to drink something that’s unhealthy for you, chances are there is a substitute that will reward you in the same way that is much better for your health.

Another awesome way to take control over what you drink is to look for the cues that cause you to drink certain things. Your cues will always fall into one or more of five categories: a certain time of day (e.g. morning), a certain place (e.g. Starbucks), the presence of certain people (e.g. coworkers), a particular emotion (e.g. feeling low on energy), or a preceding behaviour that’s been ritualized (e.g. waking up). 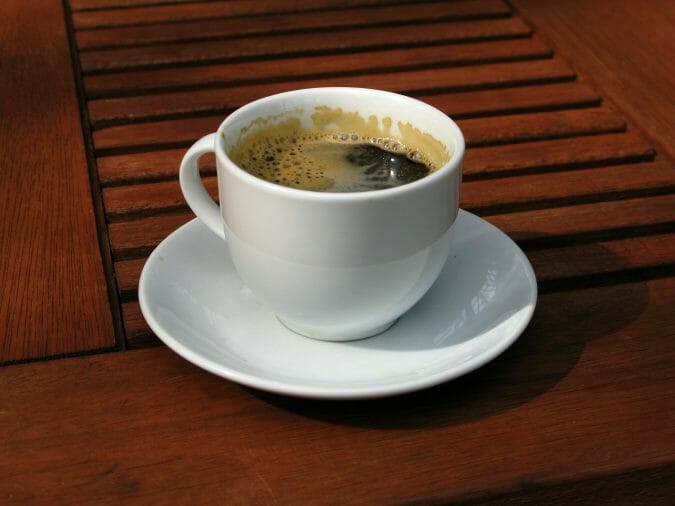 Caffeine has been shown to significantly improve your athletic performance, which may be why more than two-thirds of 20,000 Olympic athletes studied in one report had caffeine in their bloodstream after the World Anti-Doping Agency removed it from its list of banned substances.3

According to research, caffeine significantly improves your performance in both aerobic and weight exercises:

Though researchers haven’t come to a conclusion on how much caffeine you should consume before working out, I typically consume 100-150mg of caffeine (in a pre-workout drink) about 15 minutes before I hit the gym. I definitely noticed that I had a lot less energy at the gym during this experiment.

7. What you drink profoundly affects your energy

What you drink has a huge impact on how much energy you have. Caffeine spikes your energy levels, making you crash a few hours later. Sugary drinks do the same thing, but by spiking your blood sugar levels instead of by inhibiting adenosine reuptake. Alcohol depresses your mood, and while it helps you become more creative, I’d vehemently argue that those effects are more than offset by how much focus you’ll lose, and how easily you’ll be distracted.

During this experiment I was pretty surprised by how stable my energy levels were after I removed sugar, caffeine, and alcohol from my diet. So much of becoming more productive is obvious in hindsight, and this lesson is definitely no exception to that rule.

6. Food has a huge impact on your energy levels as well

Just like with what you drink, what you eat has a huge impact on your energy levels. During this experiment, once I removed all of the caffeinated, sugary, and alcoholic drinks from my diet, I realized just how much food affected my energy levels after I could isolate its effects.

Interestingly, during the experiment I identified a few eating tactics that gave me significantly more energy to get stuff done.

If you’re serious about wringing every last ounce of productivity out of your daily regimen, I think you should adopt these tactics, too.

5. Coffee and tea are just as hydrating as water

When I was doing research for this article, this fact surprised me the most.

Caffeine-based drinks like coffee and tea used to be considered dehydrating, but that myth has been since debunked; it turns out the “diuretic effect [that’s caused by caffeine] does not offset hydration”.7 Alcohol still dehydrates you, and experts recommend “at least a one-to-one ratio with water”, but you’re pretty much in the clear with caffeine-based drinks, especially if you drink them on a regular basis.8

4. Take time to be grateful for everything you have 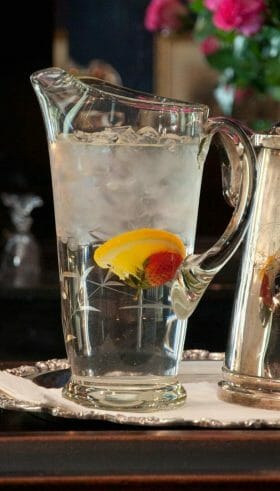 There are certain elements in your life, like electricity and the Internet, that are so interwoven into your routines and habits that you might forget they exist, until they’re gone.

Drinking only water for a month was doable, but I definitely missed all of the other drinks that I frequently took for granted before the experiment began. It wasn’t until I forced myself to remove them from my life that I regretted not being grateful for them when I consumed them every day.

Every night before I head to bed I recall three things I’m grateful for. That might seem a bit hippy-dippy on the surface, but forming a daily ritual of recalling three things you’re grateful for actually trains your brain to become happier, because you “retain a pattern of scanning the world not for the negative, but for the positive first”.9 Over the last few months I’ve found that the habit works wonders in making me more grateful for all of the nice things I have in my life, coffee and tea included.

3. Water is up there with sex as one of the best things ever

There are literally hundreds of benefits to drinking more water. In fact, I’ve frequently thought about putting together a huge-ass article listing all of the health benefits of water, and I still might.

Here are just a few of my favorite benefits, among hundreds, of drinking more water:10

If you require caffeine in order to be productive on a regular basis, you’re likely doing something wrong.

The reason for this is simple: your body adapts to how much caffeine you regularly consume.11 That means that if you do not drink caffeine on a regular basis, and then have a coffee, you’ll feel really energized. But if you drink a cup of coffee every morning, your body becomes used to that amount, and that becomes your new normal. To reach a comparable caffeine high, you’ll have to consume two cups of coffee every morning, because your body will have adapted to drinking only one.

Interestingly, I didn’t experience any caffeine withdrawal symptoms during this experiment, I think for a simple reason: for the most part, I consume caffeine strategically, not habitually. I know I am not the norm here–when 80-90% of North Americans consume caffeine on a daily basis, I’d imagine most people consume that caffeine as a part of their daily routine.12 But if you want to use caffeine to become more productive, it’s worth consuming it strategically; consuming caffeine before you require more focus and energy to get important things done.

For example, I usually drink a tea or a coffee:

Drinking caffeine strategically instead of habitually will help you reduce your dependance on the addictive substance, and it will allow you to be much more productive. 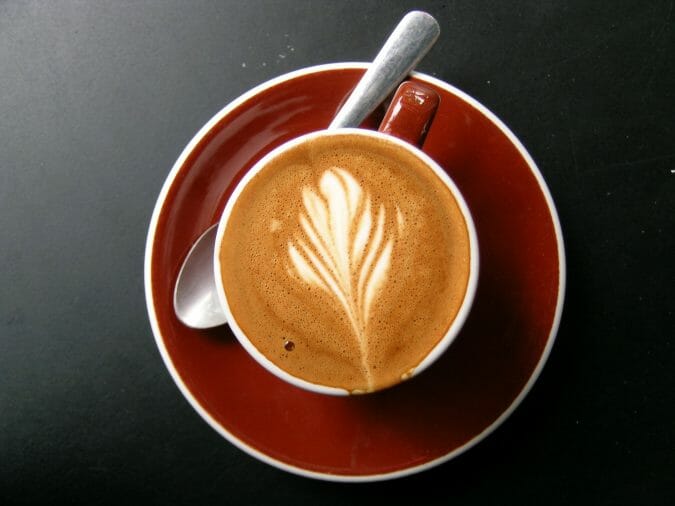 1. Caffeine boosts your focus, but compromises your creativity 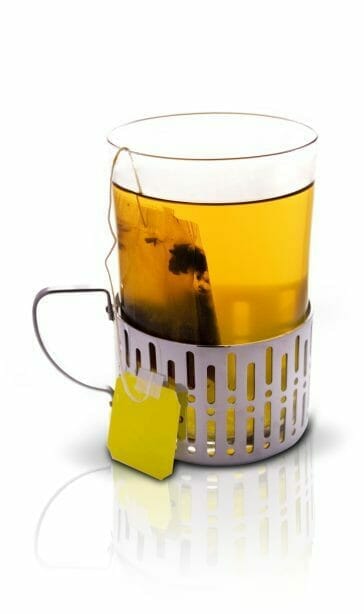 It is difficult to summarize all of the research out there on caffeine and productivity in a few paragraphs, but the relationship is an interesting one.

At the end of the day, caffeine impacts your productivity in two big ways: it boosts your focus, and compromises your creativity.

I think two of the largest contributors to your productivity are how well you can focus, and how creative you are, because they help you work more efficiently and effectively.15

The relationship between caffeine and productivity is definitely a muddled one, but I think the best advice I can give you is this: if you need to be creative in your work, try to reduce your dependance on caffeine so you give your mind a chance to wander. But if increasing your focus will help you become more productive than increasing your creativity, continue drinking caffeine.

And at the same time, don’t forget how wonderful water can be for you.