Schedule a Think Break to level up in your work

Takeaway: There are huge benefits to periodically stepping back from your work to think deeply about what’s important, and invest in your skills. 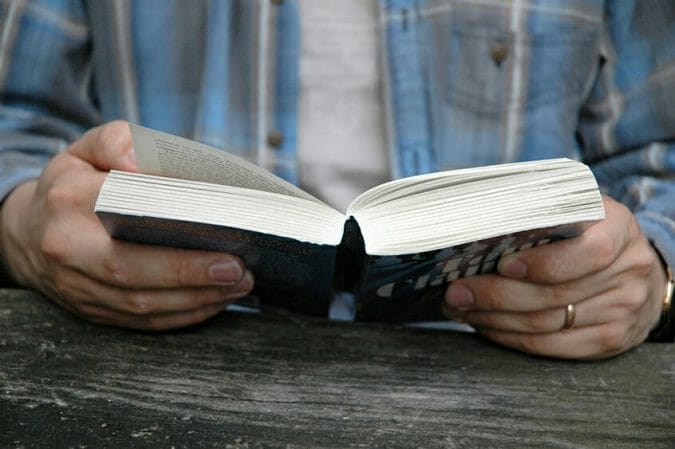 My favorite kind of person to hang out with is someone who constantly reads. People who continuously devour new books—who would almost rather hang out with books than people—constantly steep themselves in new ideas, and are always upping their game to see the world differently. Whenever I hang out with someone like this, I invariably leave more curious than I came, and feel like I understand the world better, too. To me, the most fascinating people are the ones who constantly learn about and connect new dots—whether those dots have to do with productivity, business, health, economics, travel, or anything else.

This is why I feel Bill Gates and I could become pretty good pals. It’s a safe assumption that Bill and I will never spend quality time together, but twice every year Bill does something I’ve always found fascinating: he takes a week off work, totally disconnects, and reads for 15 hours a day—without distractions or interruptions from the outside world.

Growing up, what I looked forward to more than anything else on family vacations was sitting on a chair, preferably by an ocean or a lake, and diving into whatever book piqued my curiosity. Before leaving home, I would fill my suitcase with huge stacks of books. This has always been my favorite way to relax—by soaking in and connecting new dots.

Since starting my productivity project—where I soaked in and experimented with as much to do with productivity as possible for a year—I’ve become enchanted with this idea of stepping back, and doing a deep dive into becoming a better human being.

This is what I find attractive about productivity: reading about productivity takes time, but applying that knowledge lets you gain all that time back, and then some. There is immense value in periodically stepping back from your work to soak in new information so you can invest in yourself. Working with more knowledge helps you work smarter instead of harder, because you have more knowledge to make decisions with. This way, you can “level up” to carve out new ideas and approach problems differently, because you approach them with more knowledge and expertise. It also saves you time, because you can connect the expanding constellation of dots in your head to the work that’s right in front of you. Like investing in your productivity, investing in your skills and knowledge lets you approach your work more intelligently so you can get more done every day.

Over 20 years ago, on May 26, 1995, Bill Gates returned from one of his Think Weeks, and sent a memo to Microsoft executives. This famous memo was titled simply, “The Internet Tidal Wave,” and it ignited the company to invest heavily in the internet—a relatively nascent technology at the time. From the moment the memo was sent, Microsoft got to work, and in several years the company obliterated its competition in the internet space. It released a waterfall of technologies like Internet Explorer, MSN, and even MSNBC. Bill’s Think Week let him learn about and connect dots he would not have otherwise.

Shortly after, Bill Gates became the richest guy on the planet, and Microsoft became just as successful.

This is an extreme example, but I think it’s possible for us to level up in a similar way.

It would be unrealistic to suggest you take off a couple weeks a year to schedule a Think Week like Bill Gates does, as alluring as that idea sounds. The richest person in the world probably has a tad more flexibility in his work than you do. But the idea behind Bill’s Think Week ritual is extraordinarily valuable—that it’s worth stepping back from your work to think deeply about it, and invest in your skills.

In practice, I’ve found carving out an entire week to invest in my knowledge and skills to be difficult—it’s hard enough to carve out one day. But whenever I do make an effort to carve out the time, regardless of how long I step back for, like with investing in my productivity, the break has paid for itself many times over.

When you step back to think hard about what’s most important in your work, and invest in your knowledge and skills—whether by acquiring new knowledge, firing up Lynda.com to learn something new, or having coffee with people you want to learn from—you level up in your work to work smarter, instead of just harder. The ritual pays for itself. 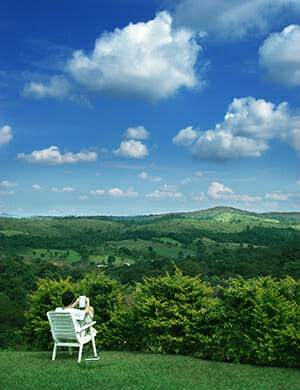 I chatted with Greg McKeown—author of the terrific book Essentialism—when I was writing The Productivity Project. He recommended creating a similar ritual, but for just one day, four times a year. Greg calls this ritual a “personal quarterly offsite.”

The idea behind his ritual is simple:

These then become your focus for the quarter ahead.

Take it from Greg, Bill Gates, or even Warren Buffet (who spends 80% of his day reading and thinking): learning more doesn’t only make you a more interesting person—it also lets you work smarter and get more done every day.

As far as your productivity is concerned, carving out that time is a worthwhile investment.