The Snapchat Diet: How to lose weight with an otherwise pointless app

I took the idea for this article from my friend Nat over at 52 Weeks of Habits. Thanks for the awesome idea, man!
Takeaway: The snapchat diet is simple: before you eat something, Snapchat a picture of your food to a friend you’ve partnered with to lose weight. I’ve put this “diet” to the test, and it works incredibly well. 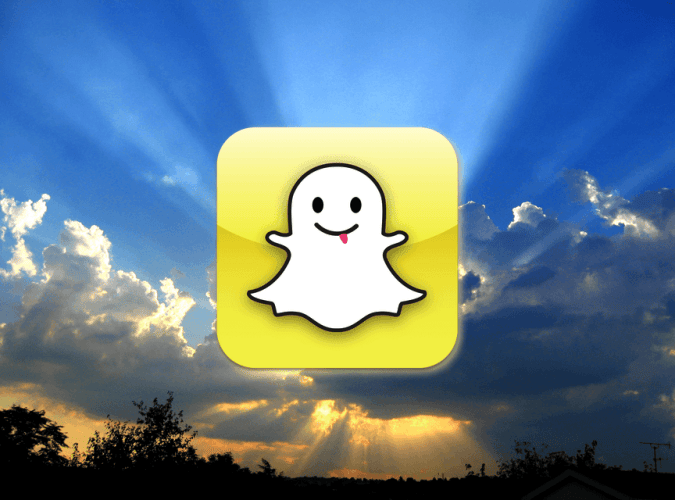 The Snapchat Diet is probably one of the simplest diets out there:

That’s the snapchat diet in a nut!

It’s that simple, and best of all, it works insanely well.

For the last few weeks my girlfriend and I have been on the Snapchat Diet. We both know that we need social pressure and accountability to meet our goals, so every day we Snapchat pictures of what we’re eating to one another.

I’ve found that the Snapchat diet does three things that no other diet does as well:

Snapchat is an app that’s designed to make it as seamless as possible for you to get in, take and send a picture, and then get out. It’s also dead-simple to add a little snippet of text (what you ate) to a picture. I’ve timed it, and it takes under two seconds to send a picture through the app. Snapchat is also completely free, cross-platform (Andriod and iPhone), and way more fun than writing up a food diary. Plus, if you’re like me and you carry your smartphone with you all of the time, it’s pretty seamless to take and send someone a Snapchat. 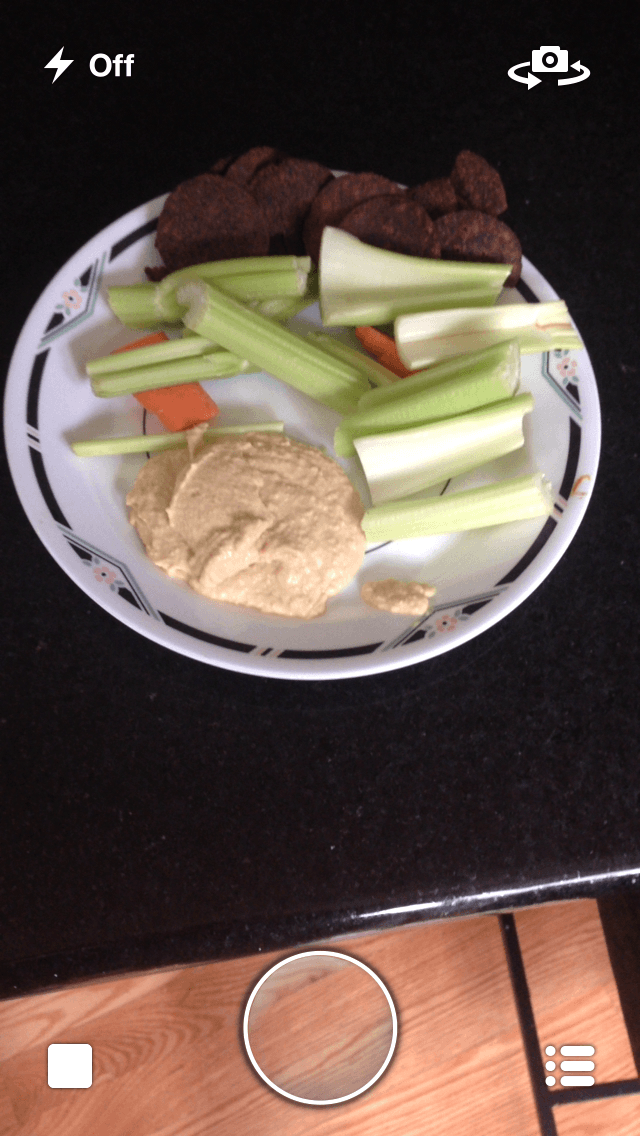 Right after you launch Snapchat, you're ready to take a picture. 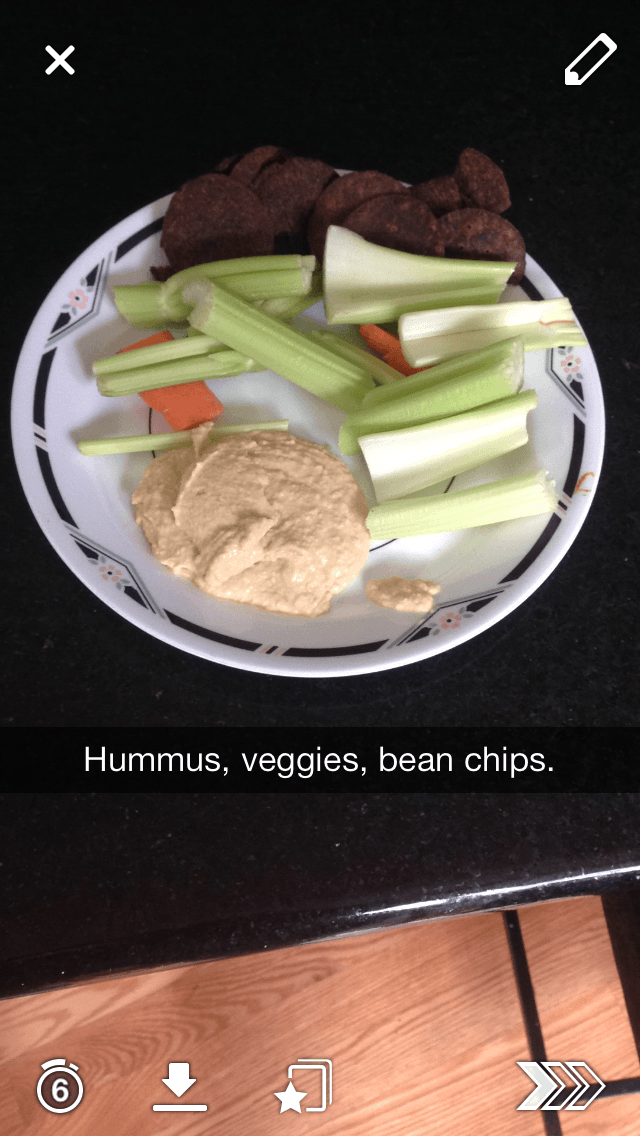 You can even add some text if your food looks a bit weird (like mine often does). 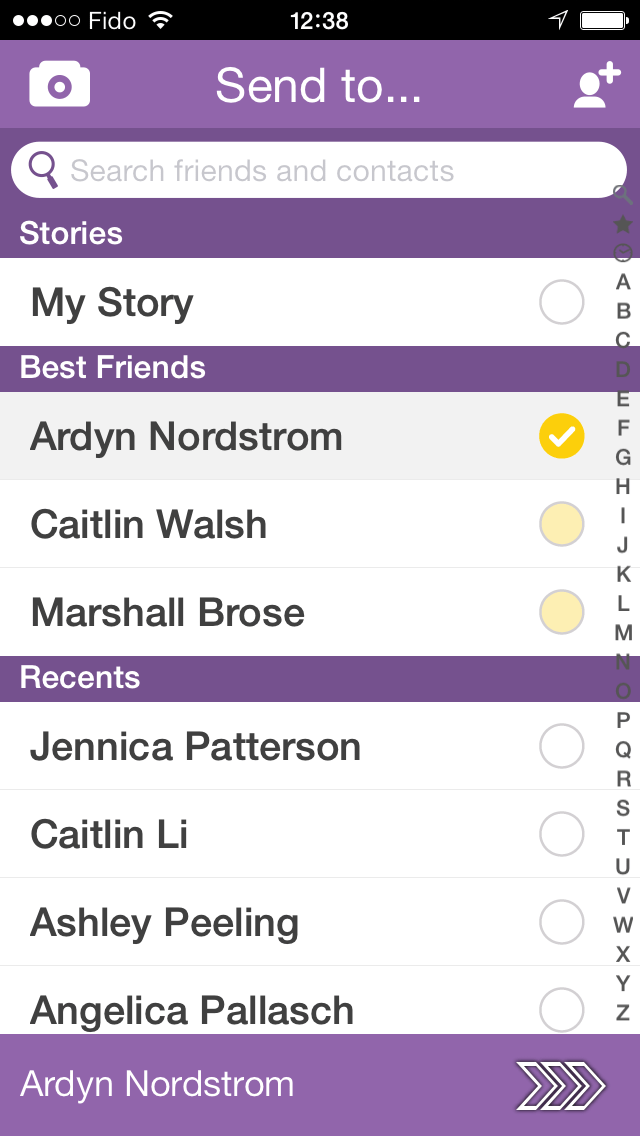 Then, pick who you want to send your food picture too. 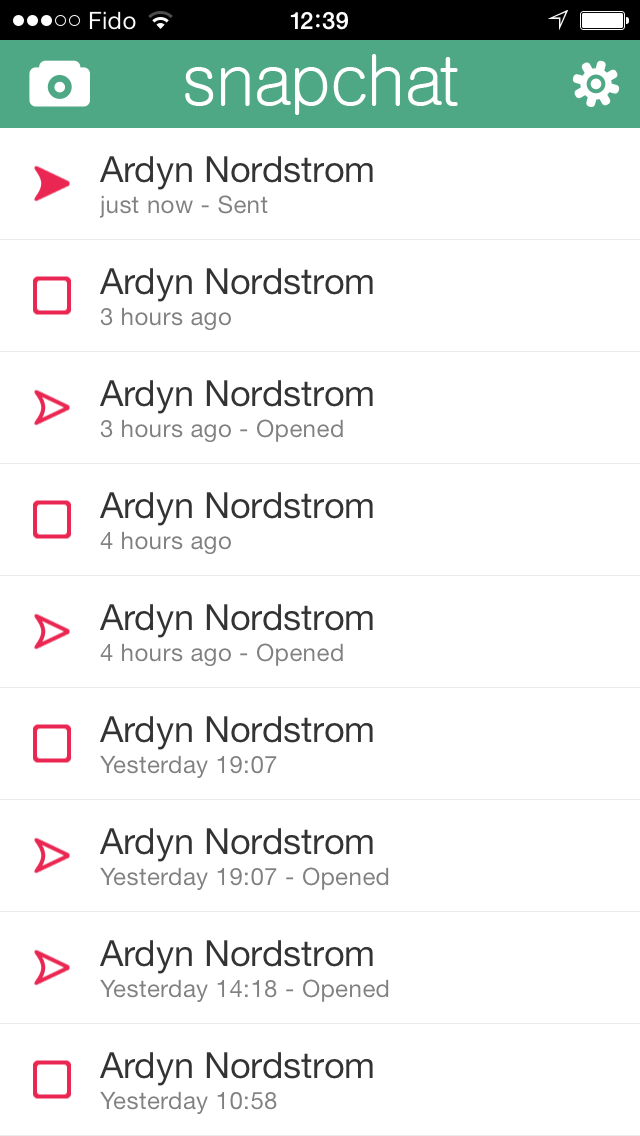 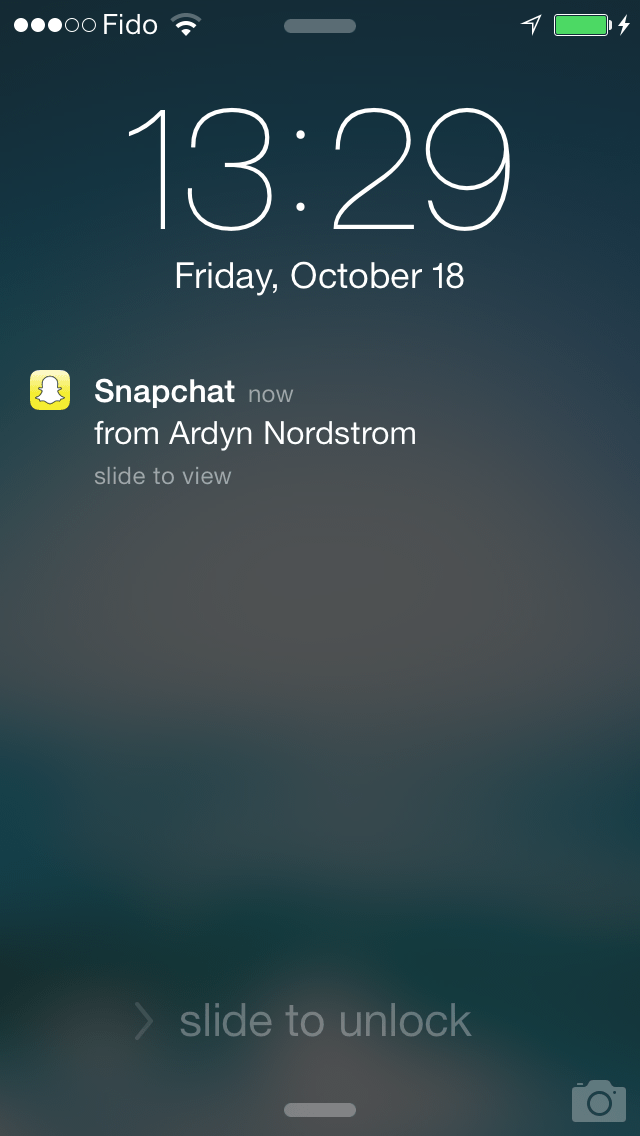 Oh, look! I got a snapchat! 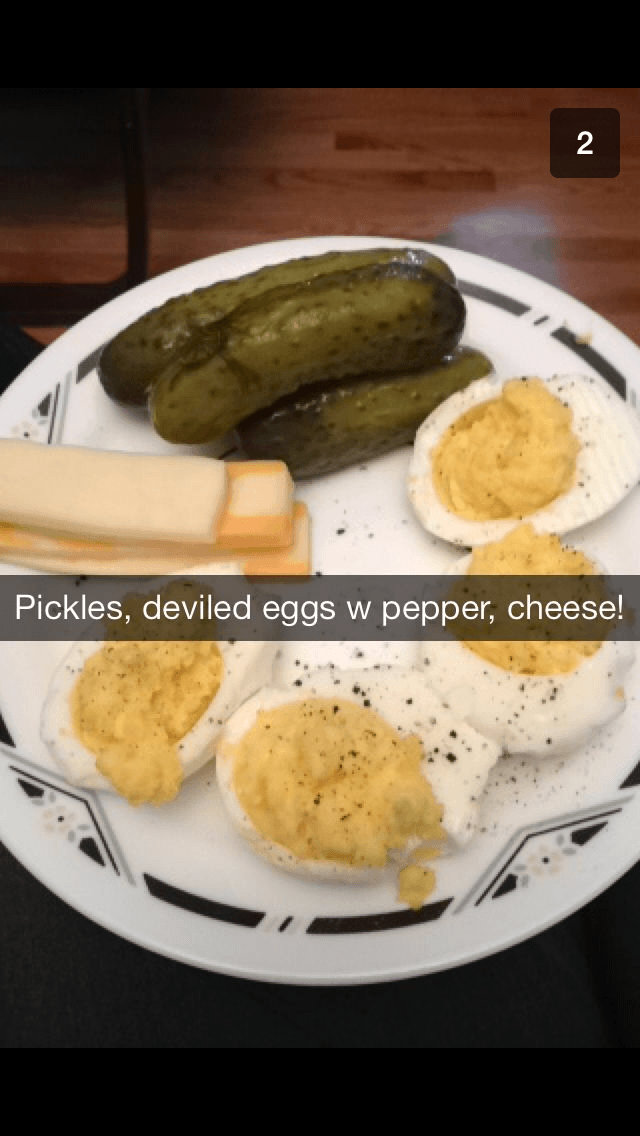 My girlfriend is a healthy eater.

Over the last three weeks there have been several times when my girlfriend and I haven’t eaten something because we would have had to send a picture of it.

The Snapchat Diet is like having a friend looking over your shoulder every time you’re about to eat something.

The proof is in the pudding, though. The Snapchat Diet works – over the last two weeks my girlfriend has lost 3 pounds, and I’ve lost about the same. Try it yourself – my bet is you’ll have similar results.