Innovate, then Iterate: How to apply Apple’s strategic thinking to your own life

Takeaway: When Apple releases a new product, it’s often a large innovation, which they then iterate on. You can do the same with your own life by simplifying the number of things you invest your time and attention into, then making incremental improvements with everything you do. 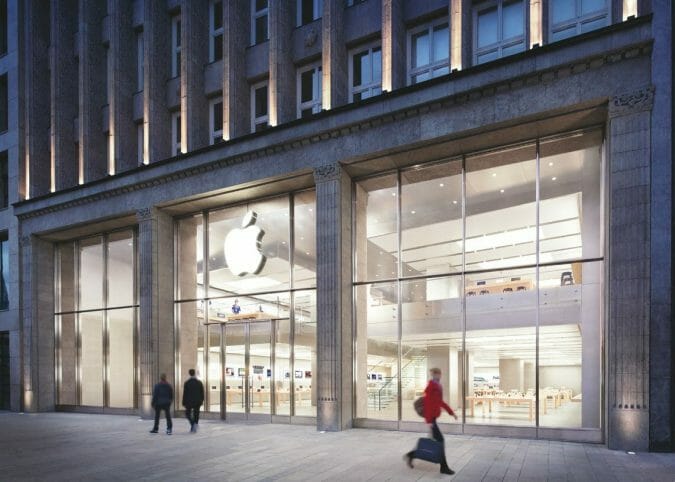 How Apple Does It

Apple is a very simple company. Instead of making hundreds of smartphones like Samsung does, Apple makes three. Instead of making countless tablets, Apple makes two tablets: the iPad, and the iPad mini. The company also makes five computers, a few iPods, the Apple TV, some software, and that’s about it. In fact, according to Tim Cook, “you could probably put every product that Apple makes [on a small table], yet Apple’s revenue last year was $40 billion.”1 That was in 2010; last year the company’s revenue was $155.97 billion.2

All of these points are huge; especially the last one. I’m actually surprised more people haven’t written about how Apple innovates then iterates, because the company has seemingly employed the same strategy since Steve Jobs returned to Apple in 1996.

Take the iPad, for example. The first iPad was huge. It invented a whole new product category for Apple (and the rest of the tech industry), sold millions of units, and was an instant hit.

But Apple didn’t stop after they released the first iPad. Year after year, since the product’s release, the company has made refinements to the product; slimming down the design, adding a retina display, and beefing up the processor, all while forging ahead on the same trail the original iPad set out on.

Apple’s strategy behind the iPad hasn’t changed much. Whether you buy an iPad tomorrow or you bought the original iPad in 2010, you still get a great tablet computer, access to countless apps, 10 hours of battery life, and a 10” touchscreen, all wrapped in a nicely-designed package. Every iPad since the original has iterated on the same solid strategy Apple started with, though they weren’t as innovative as the original.

In fact, the original iPad has proven to be so successful that Apple has released another model of the iPad, the iPad mini, which it will also presumably refine after releasing the original model last year.

You could make a similar chart for the iMac, iPod, Apple TV, and iPhone.

Some products, like Apple Maps and Siri, aren’t perfect out the gate. But when Apple believes in a product, the company makes countless incremental improvements to it after the original version is released, and Apple is doing just that with Maps and Siri.

How to apply Apple’s strategic thinking to your own life

A person who applies Apple’s strategic thinking to their own life:

I think there are four things you should do to apply Apple’s strategic thinking to your own life: simplify, iterate, never stop exploring, and “ship”.

To me, living a simpler life means either eliminating or simplifying the elements of your life you have already. Here are some examples:

Productivity shouldn’t only be about doing more – the minute you add another element into your life, you have less time, attention, focus, and other resources to give to everything else you do. Apple is as successful as they are because they’re a $424 billion company that puts all of their weight behind four small product lines.

You have a lot of resources too, and there’s no reason you shouldn’t do the same.

An exercise everyone should do is track their time. When you track your time for a week, if you’re anything like me, you’ll quickly discover that how you spend your time doesn’t match up with what your priorities are. (The same holds true when you track your diet for a week. You’ll be surprised – trust me.) 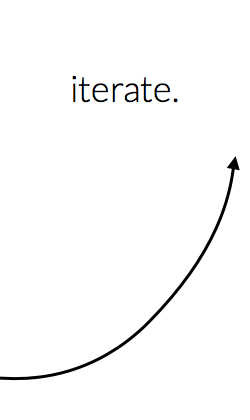 Once you simplify the number of elements in your life and concentrate on fewer things, start to make small, incremental improvements to those elements.

A lot of people try to change themselves overnight, and adopt a crazy fad diet that lasts them only a few weeks, or come up with a strict budget that will get them out of debt fast, provided that they don’t spend any money for a few months. But drastic changes hardly ever work; it’s no wonder that 88% of New Year’s resolutions fail.5

Small, incremental changes are different. They’re small enough to not scare you away from your goals and commitments, but large enough to compound and make a difference when you make them again and again.

Say, for example, that you decide to save more money so you can live simpler and retire earlier. Living simpler is a relatively large change (“refinement”) to make to your life, and shifting your priorities too much too quickly won’t lead to much success. But if you follow the Apple model and first introduce a large change into your life, then start to make smaller, incremental improvements to your first change, you will have a lot more success.

Let’s say that you first make the decision to live a simpler life, and you start by making a small change, like adopting a morning coffee ritual at home instead of buying a latte on your way to work:

Deciding to live simpler is definitely a large refinement to make to your life, and no doubt your mind will be anxious to make additional changes, especially because your actions are less refined at first. But be patient – if you dive in too deep, too fast, change won’t stick. At the start, promising yourself that you’ll live simpler is a big enough refinement to your life to digest.

Over time, as you make incremental improvements and as they begin to compound, you will progress further toward your goal:

I try to make each change (iteration) as small as possible so that it will stick. My mind is stupidly stubborn when it comes to accepting change, so even though smaller, incremental changes are dwarfed by something the size of a New Year’s resolution, they actually work.

Small, incremental iterations aren’t significant by themselves, but over time, like constant, consistent iterations on the original iPad, they compound to make something huge.

Before putting all of their weight behind a product, Apple spends an inordinate amount of time choosing which products to invest in. Just look at the products the company makes: Apple produces four lines of products – iPhones, iPads, Macs, and iPods, but the company spends $11,600,000 on research and development, every day.6

Apple is one of the most focused companies in the world, but they no doubt make damn sure that they take advantage of all the opportunities that they can to become better, and constantly scan the opportunities around them to make improvements to the product lines they make already. 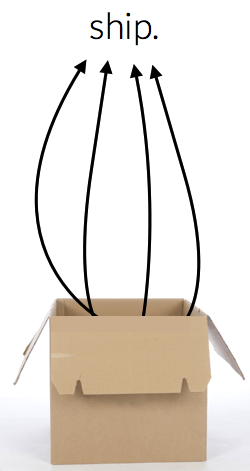 One of my favorite ideas from Seth Godin’s book Linchpin is his idea of “shipping” – meaning a product or idea that sits around waiting for perfection won’t earn a dime, or change people a single bit.

But that didn’t matter. Apple ships, then iterates (albeit, only after the company has conviction that they’re going in the right direction). Once they have a killer idea, and they can wrap the essence of that idea in a product, they ship it off, even though their execution may not be perfect the first time.

If you want to run a marathon, you could theoretically subscribe to Runner’s World, buy brand new shoes and running clothes, and have coffee with a few of your running friends, all before you start running. Or you can find what you need to just get started, then put one foot in front of the other, again and again, making small, incremental improvements as you go. The difference between both approaches is huge. 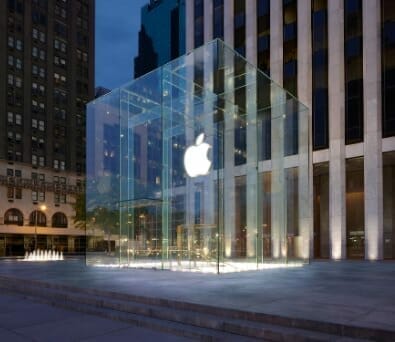 For such a large and successful company, Apple is remarkably simple. Apple releases large, innovative products into the world, and then makes small iterations on them, again and again, so they get better and better.

Making a small number of very good products, while making continual improvements on them has been a wildly successful strategy for Apple, and applying the same thinking to your life can make you more successful, too.

When you simplify the number of things (goals, commitments, and so on) that you divide your time and attention between, you are able to invest more of yourself into what you do, and do everything much better. And when you continue to refine your goals, commitments, and other life elements over time, your incremental improvements can compound, especially when you explore constantly, and “ship” without worrying too much about getting things perfect fresh out the gate.

There’s a reason that Apple’s one of the largest companies in the world: it innovates, than iterates. You should do the same.