Takeaway: Color can profoundly affect how productive you are. Research has shown that blue colors affect your mind; yellow your emotions; red your body; and green your ‘balance’. By combining these colors you can influence your behavior. 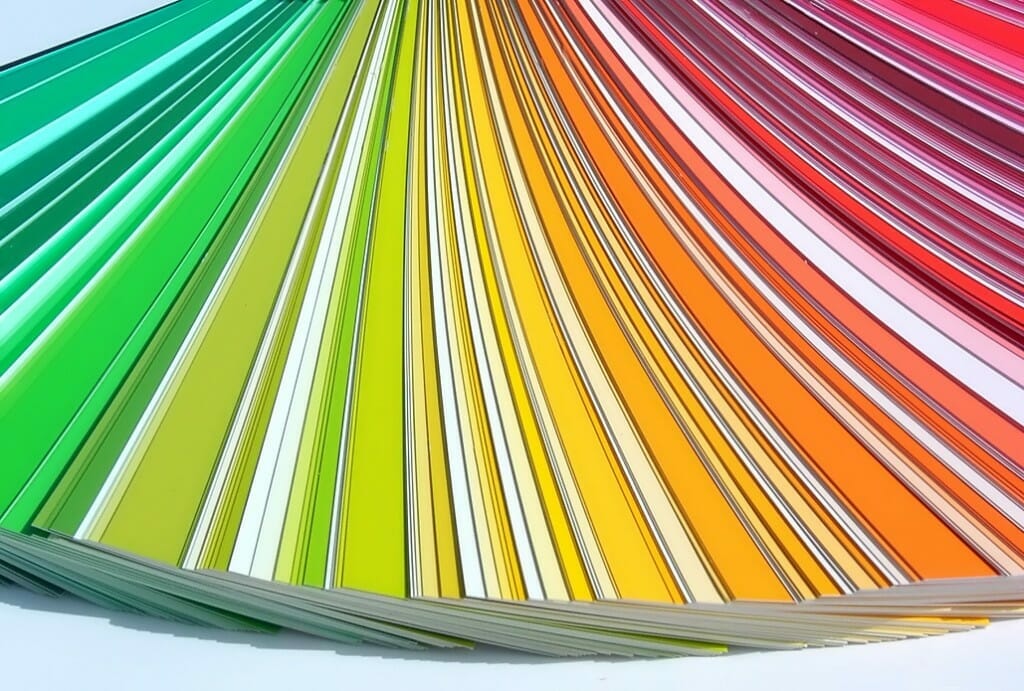 I recently spoke with world-renown color psychologist Angela Wright to explore exactly how color impacts your productivity, and how you can use color to become more productive. Here is everything I learned.

How color affects your behavior (the science-y part)

Angela Wright is a world-renown color psychologist who has developed a scientifically-tested theory of color named the color affects system. She has also written a popular book on color psychology, and consulted for a wide range of companies like Shell, Motorola, Proctor and Gamble, British Telecom, The Body Shop, and Unilever. Angela has been studying how color affects a person’s behaviour for about 40 years, and it’s safe to say that if there’s anyone who knows color, it’s her. She also has one of the most awesome English accents I’ve ever heard, but that’s beside the point.

Angela’s work has shown that while a person’s personality affects how they interpret color, color influences everyone universally, and on a very basic level, color is deeply scientific.

“We’re always surrounded by lots of colors. Color travels to us on wavelengths of photons from the sun. And when they strike a colored object, that object absorbs only the wavelengths that match its own atomic structure, and they reflect the rest, and that’s what we see. So the different wavelengths strike the eye in different ways. In the retina, they are converted into electrical impulses that pass to the part of the brain known as the hypothalamus, which governs our endocrine system and hormones, and much of our activity.”

Took the words right out of my mouth.

How color impacts your productivity

Interestingly, Angela mentioned that it is not a color itself that affects your behaviour. Her research has shown that it’s how intense a color is that affects how you respond to it.

“What defines whether a color is stimulating or soothing is not the color, it’s the intensity. A strong bright color will stimulate, and a color with low saturation will soothe.”

I put together the picture below to illustrate this concept. The colors on the left are highly-saturated versions of blue, yellow, red, and green (which you can combine to make any other color except white and black), and they’re much more stimulating then their respective lowly-saturated counterparts on the right.

Research has also shown that each color affects a different part of us. (And this isn’t a feng shui thing or anything like that, this is pure science, baby.) “The four psychological primaries are: red, blue, yellow, and green. And they affect the body (red), the mind (blue), the emotions, the ego, and self-confidence (yellow), and the essential balance between the mind, the body, and the emotions (green).” Interestingly, when you combine more than one color, you get the effects of both of them. For example, if you combine a highly-saturated yellow with a highly-saturated blue, you will get a color that stimulates both your emotions (yellow) and mind (blue). 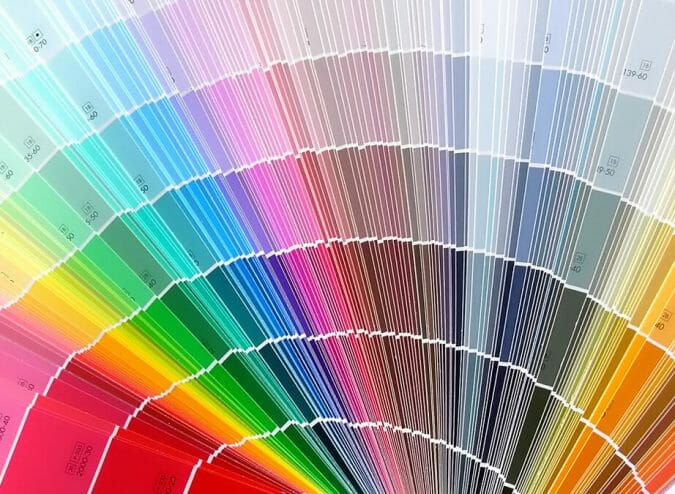 If you Google “the most productive color”, every result seems to suggest that blue is the most “productive” color. Angela called this an “oversimplification”.

“If you’re a designer, and you want creativity, blue isn’t going to be the color for you. Yellow is a better color”, because it stimulates your ego and spirits, and makes you more optimistic.

“It takes guts to be creative and come up with something new – that’s why yellow works in that environment.”

If you want to be more productive doing something physical, red would make you more productive than either blue or yellow, because it stimulates you physically. If you’re hiring a bunch of guys to build you a house, for example, “blue isn’t going to be a lot of help to you – you want the red for physical strength and stimulus”.

If you’re in an environment where having a strong sense of balance is the most important, green might just be the color that makes you the most productive. As well, “because it’s so balanced, calming, and reassuring, it’s great to use around anywhere money’s changing hands”. On the flip side, though, “it can be very stagnant and inert”, so an “action man, who loves red, is going to find green quite a strain”.

Which shade should you go with?

To determine which color to paint your surroundings, first narrow down which main color (or combination of colors) will work the best in your situation by deciding whether you want to affect your mind, emotions, body, or balance.

Then, pick a specific hue of that color. Naturally, keep in mind whether you want the color to stimulate or soothe you, by picking either a highly-saturated or lowly-saturated hue. Angela provided me with some advice for picking the right shade after that.

“The best advice I can ever give anybody in general is to point out that we were all born with a very accurate sense of color in general, and our kind of color in particular. If we hadn’t, we wouldn’t have survived evolution as we did.” As an example, evolution has taught us that green is a stable, balanced color – it is the sign of life and vitality, after all – and it is one of the reasons we see green as such a ‘balanced’ color.

Interestingly, at the same time, color is both very scientific and very personal. Angela recommends going with your gut, but only after determining which part of you that you’d like to affect. “Actually – you will know the colors that make you feel the most productive. It is different for everybody.”

Another tip: colors hardly ever exist in isolation; they’re usually surrounded by other colors. “Color works exactly the same way as music – as Thelonius Monk said, ‘there are no wrong notes’. Music and color work in the same way. There are no wrong colors either. It’s how you use them.” A color or musical note “doesn’t actually evoke much of an emotional response until it’s put with other colors, or other notes. And then, in both cases, whether you get a positive or negative emotional reaction depends on the relationship between the colors or the notes.”

“I cannot think of any circumstances in which we would be confronted by one color in isolation.”