Guide: How to grow your network without feeling like (or being) a slimeball

Takeaway: First, define what goals you have for networking. Then look through your connections to see who they know, who you would like to meet with. Ask for an introduction, then keep things human, informal, and see networking as a learning opportunity. Also, don’t be a d-bag. 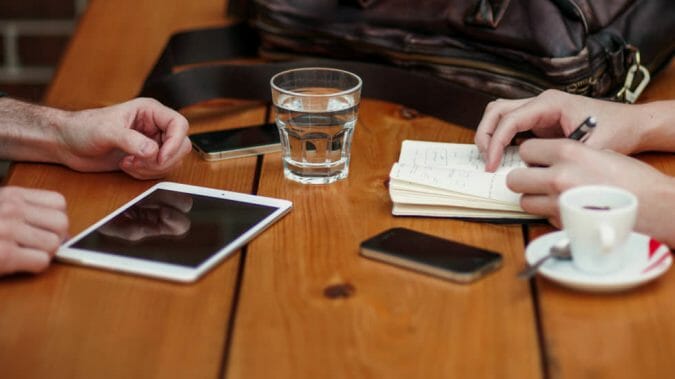 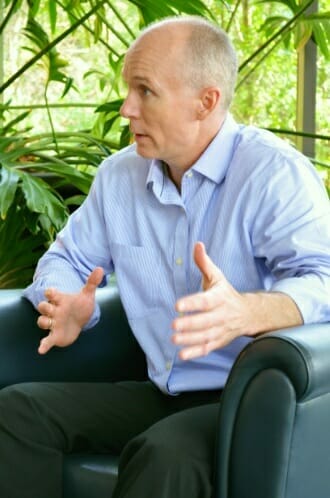 When I asked networking authority Chris O’Gorman what the biggest misconception people have about networking is, he said “that it’s slimy and all about getting ahead”. “Networking is really just having a great conversation with someone.”

O’Gorman works for telecommunications giant Alcatel-Lucent, where he oversees Talent and Organizational Development for North and South America, where about 17,500 of the company’s 70,000 employees reside. In addition to coaching the region’s executives, Chris and his team are responsible for making sure Alcatel-Lucent’s top employees continue to learn, continue to be interested in their work, and most importantly, continue working for Alcatel-Lucent.

During his 11-year tenure at Alcatel-Lucent, Chris has seen countless employees succeed and fail, especially at networking. (Chris and his team even run internal networking seminars across North and South America – I’ve been to one, and they’re invaluable, albeit, only available for internal employees.) It’s safe to say that if there’s one person who knows networking, it’s Chris.

I recently sat down with Chris to talk to him about networking, and we chatted about the mistakes people make, how someone can use networking to find a job or further their career, and most importantly, how to network without feeling like (or being) a slimeball. Needless to say, especially if you’re looking to further your career, this article is a must-read.

What follows is everything he taught me. 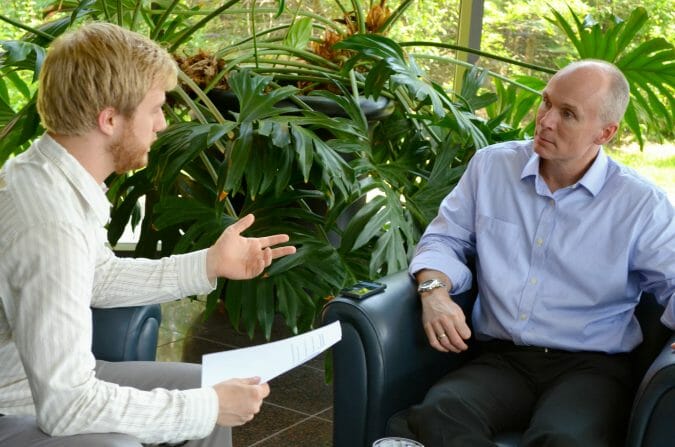 What is networking, anyway? 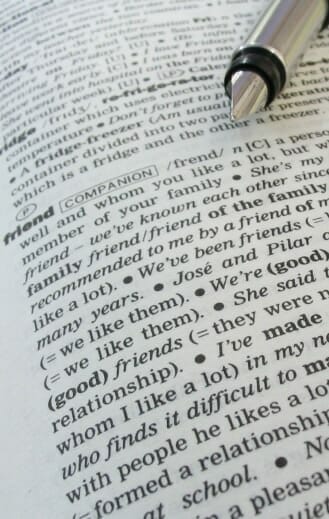 When I think of networking, my mind immediately flashes to a corny wine and cheese event, where a hundred or so people are gathering around exchanging fake smiles and business cards. Chris understands that preconception. “I think what turns people off of networking is that preconceived notion that networking is self-serving, all about getting ahead, and looking out for your best interests. There’s a sliminess element to networking that a lot of people are turned off by.”

To O’Gorman, networking is simply relationship building. Networking means “looking at what you can contribute and what you need to learn, and starting there”. It’s about talking to new people so you can learn and grow, helping others when you’re able to (and receiving help in return), and connecting people that haven’t met yet. “I’m not shy to ask for help, or build relationships with friends of friends that can help me in other aspects of my job so that I can become better.”

Why you should network

Throughout our interview, Chris rhymed off a ton of reasons why you should network, including:

The largest benefit Chris talked about, though, was how networking pays dividends. “I can’t tell you how many times I’ve seen people .. that I work with and coach who endeavor to do more networking. They get to know people, look for ways to help them, and then some freaky circumstance will happen where someone will leave [the company], and they’ll get an offer for that job.” According to Chris, when you do it right, networking “always pays back dividends in some weird way”. 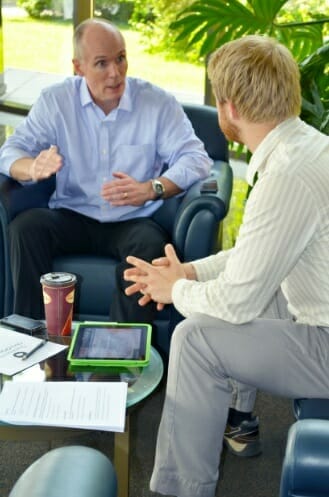 A photo of Chris demonstrating some karate! I mean, talking about networking.

How to determine who you should meet with

If networking is about building relationships and meeting new people, how should you determine who to meet in the first place?

Chris recommends stepping back from your day-to-day job and life, and asking yourself a few important questions that will save you a lot of time later on. “Do some reflection, reading, and thinking about where you want to go, and start to write down the questions you have so you can educate yourself along the way. Don’t have someone else do that basic homework for you [when you end up meeting with them].” “Networking involves a lot of self-study.” Only after you have done your homework and defined your networking goals should you look for someone to meet.

To find someone to meet, O’Gorman recommends thinking about who in your existing network would know someone that fits with your networking goals. The key is to start with the people you already know. “You want to start with your ‘warm’ network – people who you already know, whether they’re a friend or colleague”, and then “think of their friends or colleagues who they can give you an introduction to”.

This is where a tool like LinkedIn comes in handy. Not only can you add your own connections on the site, but you can also view who your connections know, so you can search who is in your ‘warm’ network, and then ask for an introduction.

How to actually connect with someone 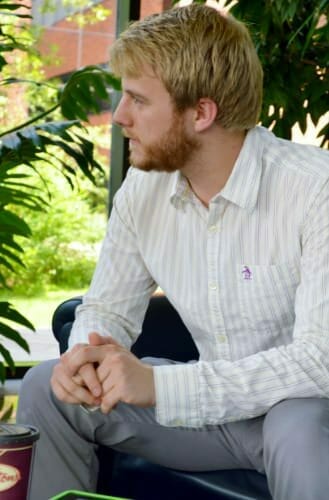 After you have determined who you would like to meet with, what’s next? Chris identified three potential routes you can take.

2. Good case: Get a mutual connection to ‘broker’ a connection. This is where your mutual connection will let the person know in advance that you’re going to contact them. “When you leverage people to do that, your hit rate is almost 100%.” It is a bit less personal than a personal introduction, however.

3. Worst case: Reach out to a “cold” connection. An introduction is always better than a cold call, even if it means being patient and building your network before meeting a person that you find intriguing. When I asked Chris if there are any situations you should use cold-calling when networking, he made clear that “cold calling very rarely works” and that “networking has gotta be through a connection.”

Throughout the interview, Chris alluded to one of the most powerful elements of networking – that it is a very human endeavour. A good rule of thumb is to keep networking as human as possible – after all, in essence you’re really just meeting someone new. Perhaps cold calling will work in some instances, but when the point of networking is to build relationships, having a mutual connection introduce you is almost always the best option.

Checklist: What to do when you actually meet someone

So you’ve defined your networking goals, determined who to meet with, and have been connected to them through a mutual connection. Now what do you do?

Chris gave a ton of juicy pointers for what do to before and while you’re meeting with someone.

Before you meet with someone: 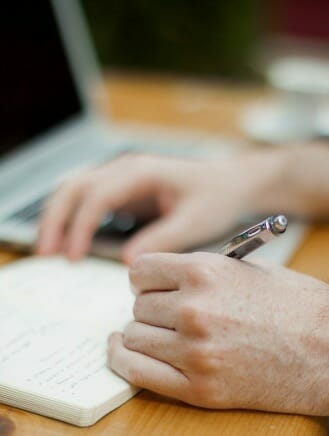 ✔ Prepare. “A lot of times people will be uninformed and they end up bothering people by asking a lot of questions that they should have done their homework about and found out in advance. I get a lot of people that end up in my office, and I think, ‘Man, you could have found this stuff out doing research. Now you’re asking me to do your heavy lifting for you?'” Preparing a solid set of questions in advance will not only let you ask better questions, but it will also let you get more out of your meeting, and come across as more knowledgeable.

✔ Think about networking as learning. “if you can really focus [networking] around learning, then it becomes much more palatable and easier to think of questions or frame the discussion. It’s really about learning – seeking knowledge, seeking connections, seeking something you don’t have. Go after the learning, and good things will happen.”

✔ Have the person pick where to meet. “They’re doing you a favor by meeting with you, so meet at their convenience and not yours.” Also, be flexible with when and where you will meet them, whether that means meeting at a coffee shop, pub, or their office.

✔ Keep it short. Chris recommended keeping the meeting to 30 minutes if you can, in order to respect the person’s time.

When you meet with someone… 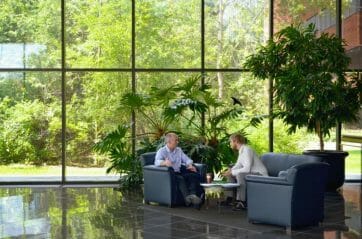 ✔ Keep it informal. Chris recommended prepping like crazy so you can make the meeting lighter and more informal. A great suggestion he had: don’t bring a list of questions you have to the meeting. Instead, know what you want to get out of the meeting inside and out.
✔ State your goals. “Say something like – ‘Listen, I really appreciate meeting with you today, I know you’re busy, but the thing I want to find out about from you is I want to get into X – I’ve done this, this, and this, and I think I’ve got some ideas here, but I want to get your guidance as to whether I’m heading in the right direction.'”
✔ Listen, and be flexible. “You’re there to listen, and ask questions to get the other person talking. Be focused on the person.” “If you have a list of questions, be prepared to be flexible and deviate from them. Just have a good conversation.”

Chris has networked with countless people, and he mentioned that something most people need to work on is following up. “I always find it’s a bit disingenuous when you get that ‘follow up’ email, because it’s right out of all the textbooks on what to do. So always think about, when you speak to a person – what do they want? What are they interested in? What do they like? What do they need? What did you notice? Personal interests. And find a way to thank them in a unique, genuine way.

“Maybe it doesn’t have to be that follow-up call or email. Keep the person in mind, but don’t rush into that cheesy, typical thank-you. Find something unique that relates to them. An article, podcast, a good link, or you notice the person likes a certain coffee or beer. Nothing over the top. Look for some differentiator, make it unique. You don’t want to take the person’s time, and you don’t want to freak them out either.” 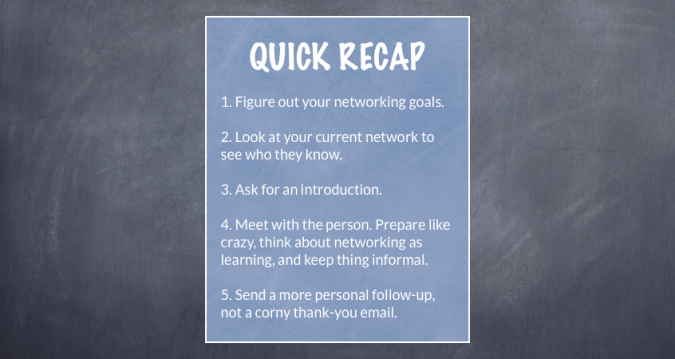 Networking gets a sleazy rap, and it’s not hard to understand why. Many people have had experience with slimeball networkers – people who do virtually everything wrong – and if you’re like me, you might even make the mistake of thinking that’s what networking is all about. But really, networking, at its most basic level, is just meeting new people as naturally as possible.

This guide makes networking out to be a somewhat linear process, but done right, it almost should be. When you let your professional and personal goals guide who you network with, you’ll likely go through steps similar to the ones in the guide above; uncovering what your networking goals are, discovering new people, and then discovering new opportunities.

“People make networking into rocket science”, Chris told me toward the end of our interview, “but it’s really just having a great conversation with someone”.

Major thanks to my friend Erin Murphy for snapping the photos of Chris and I, and to my friend Ryan Wang for color correcting the images!