Estimated Reading Time: 10 minutes, 22s. If you read every word, that is.
Like this article? Here’s everything else I learned watching 70 hours of TED talks last week. 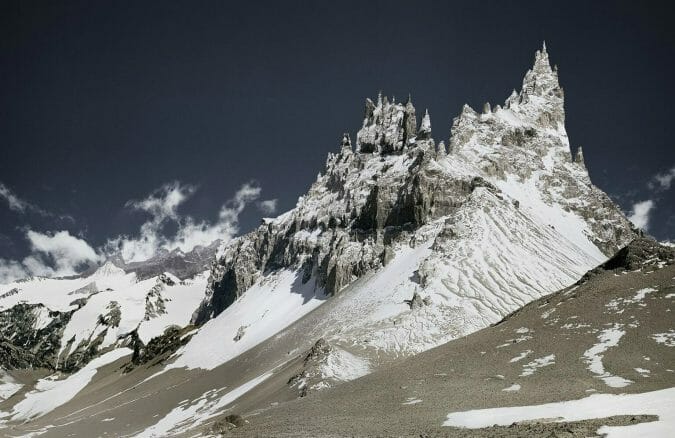 Not up from your screen, but up at the mountain above this paragraph. Isn’t it beautiful?

My favorite part about the picture is how pointy the tips of the mountain are. Wouldn’t the wind and other earth elements slowly smooth down such formations over thousands of years? I’m guessing they would, which makes this mountain even more spectacular. The picture almost seems too good to be true.

And indeed, it is. The mountain isn’t real. It was created by artist Michael Najjar, and the mountain mirrors the value of Dow Jones Industrial Average between 1980-2009. I discovered his work through a fascinating TED talk by Kevin Slavin, about how algorithms shape our world. Kevin’s talk is one among hundreds (if not thousands) of freely available talks on TED.com from leading thinkers in the fields of Technology, Entertainment, and Design (TED).

TED’s slogan is “Ideas worth spreading”, and after watching 296 18-minute talks on TED.com last week, I can say that is definitely the case. There was almost always some part of me that wanted to share the talk I had just watched with the world, and there was nary a talk that left me uninspired or unimpressed. (Hah, I just used the word nary!)

But that’s all beside the point.

Last week I experimented quite a bit with how things like taking breaks, drinking caffeine, and meditating help with information retention, focus, and energy levels, especially when your brain is overloaded with information. Needless to say, my mind was quickly overloaded, so I had the chance to experiment quite a bit with what worked and what didn’t work to make me more productive. 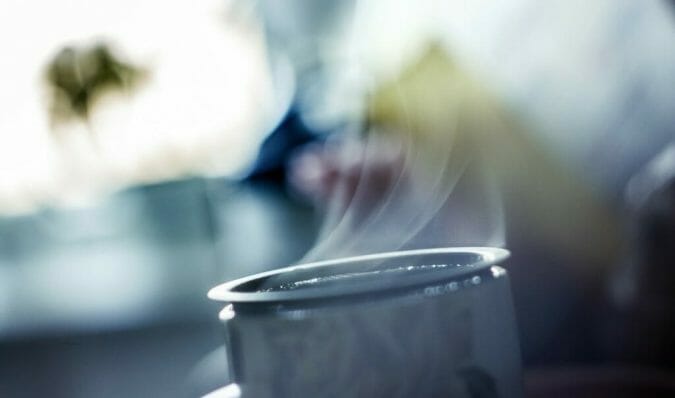 10. Caffeine can significantly improve your focus and energy levels, but only if you use it right.

Last week I experimented quite a bit with coffee, green tea, and black tea to see how they could affect my focus and energy levels. I wrote a beautiful article about how to get as much out of caffeine as possible, as well as how to avoid crashing after consuming caffeine. If you consume caffeine on a daily basis (which 90% of American adults do), read the article to make sure you’re getting the biggest bang for your caffeine buck.1

9. Seek out opinions that contradict your own.

One of the most memorable talks I watched was from Eric X Li, a Chinese investor and political scientist, who argued that China’s political system was a superior way to run a successful, modern economy.

I don’t agree with everything he said, but putting my assumptions aside, I watched his talk and found it fascinating. I think most people have the tendency to surround themselves with information that confirms the biases and prejudices they already have. If they didn’t, there wouldn’t be a reason for The Huffington Post or Fox News to exist.

Seeking out and listening to opinions that contradict your own lets you to step outside of your comfort zone, deepen your understanding of people, serves as a good exercise in patience, and in my opinion makes you a more understanding, patient, and compassionate person.

8. One of the best ways to connect with people is through humor.

The best talks I watched last week made me laugh first, and think second. Take Ken Robinson’s talk on education reform, or Dan Barber’s talk on how he fell in love with a fish as examples. I think Ajahn Brahm put it very well in his book Who Ordered this Truckload of Dung? when he shared:

A Tibetan monk once explained the importance of making the audience laugh during a talk: “Once they open their mouths,” he said, “then you can throw in the pill of wisdom!”

Humor is an incredible way to connect with people. It never hurts to lighten up a little, and chances are people will listen a lot more attentively if you do!

7. Meditation gives you perspective, allows you to process information easier, and calms you down.

I talk about meditation on A Year of Productivity an awful lot, and if you’re a regular reader you might even be sick of hearing about it. But why should I stop now! Muhahaha!

Remember the old “Disk Defragmenter” that shipped with Windows XP? I see meditation as akin to defragmentation for the mind. Particularly when you’re processing a lot of new information at once, meditation allows you to step back from what your learning, and it allows your mind to defragment your thoughts to better process what you’re learning. On days that I meditated during this experiment, processing 10 hours of talks every day seemed infinitely easier. Plus, meditation is incredibly calming, which helps with stress relief, and it provides you with an incredible perspective on the different elements of your life, because it allows you to step back from your thoughts and actions.

Meditation is an ancient, secular practice, and it has survived for thousands of years for one reason: it works.

By the way, the other week I meditated for 35 hours. Here is everything I learned from that productivity experiment.

6. It’s worth it to be very defensive of your time.

When I was conducting this experiment, an interesting thought crossed my mind: it takes about 30 seconds to find a good TED talk to watch, but they’re 18 minutes each; 36x longer than it takes to find a good talk in the first place. 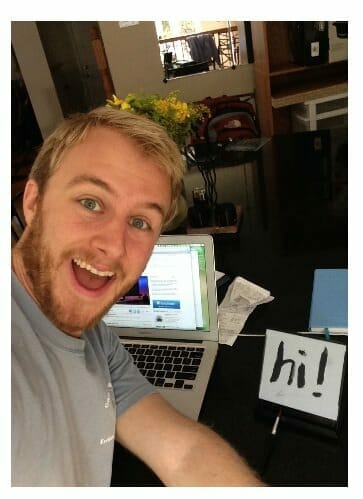 Where I watched most of the TED talks: at the kitchen table!

I think a similar ratio is present with every other form of entertainment we consume. You might spend 45 seconds finding something entertaining to watch on TV, even though a typical TV show is 30 or 60 minutes long. Likewise, you might blindly read a book recommended by a friend even though there’s no way you would read it in the first place.

In my opinion, time is one of the most valuable resources you have, and taking a bit longer to be more diligent with how you spend it is no doubt an incredibly high-leverage activity, especially when it comes to the kinds of entertainment you consume.

5. Listening to a TED talk, podcast, or audiobook takes about 50-75% of your attention.

According to psychologist Mihaly Csikszentmihalyi, our minds are able to process 110 bits of information at one time. So in essence, we have 110 bits of attention to give to the world around us at any moment. A typical conversation takes up about 60 bits, which is why we can’t participate in two conversations concurrently; that would take 120 bits, and we only have 110.

There was a point in the experiment where I became fascinated with having a static amount of attention to distribute to what I was doing, and I began to experiment with that idea. I discovered two pretty cool things: first of all, playing games, walking, and doing simple things with my hands made it much easier to process information from TED talks. Doing something simple and mundane (cleaning, doodling, taking notes) occupied the attention I wasn’t dedicating to a talk, which meant  my mind didn’t look around for distractions.

Second, I discovered how incredible it feels to do mundane tasks while listening to something productive. On one day of the experiment, I download several hours of talks onto my iPhone, and mindlessly cleaned almost my entire house. Download a TED talk, podcast, or audiobook and try doing something mindless (yet productive) at the same time – it feels incredible. 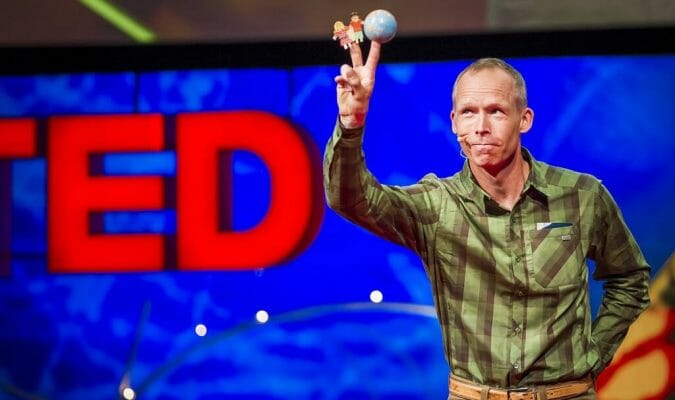 4. Curiosity is the most powerful thing you own.

James Cameron is one curious dude, and a quote from his TED talk stood out above all others: “curiosity [is] the most powerful thing you own”. And the man would know. Cameron has directed films from The Terminator to Titanic to Avatar, advises NASA on future missions to Mars, and is the first person to take a solo trip to the bottom of the Marina Trench. He’s even curious with women – so far he’s had five wives!2 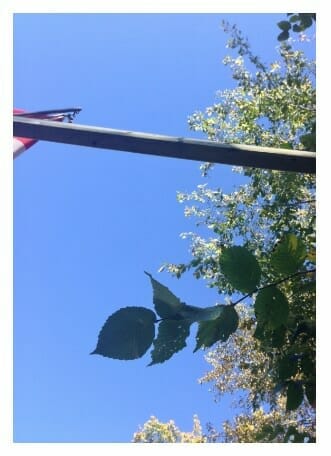 My favorite place to watch TED talks: the treehouse in the backyard.

At 59, Cameron’s curiosity and exploration has netted him a lifetime of adventure, and also a net worth of $900 million.3 Looking through the list of TED talks that I watched, I can’t name a single presenter who wasn’t driven by curiosity.

Take for example the electrical engineer who’s so passionate about electronics that he made a keyboard out of a banana. Or the artist who was born without the ability to see color, so he hacked together a device to hear color instead. Or the musician who adores classical music so much that he inspired a huge crowd to hum along while he played Chopin’s preludes.

If the speakers at TED are any indication, curiosity just might be the most powerful thing you own.

3. Step back and enjoy your successes.

Every day of the experiment, I had a goal of watching 10 hours of talks.

Some days, even after reaching 10 hours, I found myself wanting to watch more more more, instead of enjoying some time off. I wanted to get further and further ahead in the experiment, instead of enjoying what I had accomplished, which in retrospect made me less happy. On the days I stepped back and enjoyed what I accomplished, the experiment felt more meaningful, and I was a lot happier. 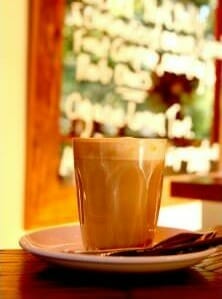 2. Breaks make you a lot more productive than you think.

Breaks refuel you. They not only let you step back and appreciate what you’ve accomplished, but they also give you perspective on your work, and add meaning to the things you do, and during this experiment that gave me incredible drive to keep going.

On some days of the experiment I tried to watch as many talks as I could in a row, and other days I purposefully took a three-minute break between talks to see what difference taking breaks would make. I thought I would end up watching less talks on days I took breaks, but the opposite was true. Whenever I took breaks, I had more motivation, stamina, focus, and energy to tackle this experiment, and surprisingly got a lot more accomplished.

One of the biggest mistakes I make with productivity is mistaking stress and busyness with being productive; if I don’t feel stressed out, I’m probably not working to my full potential, so I should try working harder. This experiment helped me realize that the opposite is true. 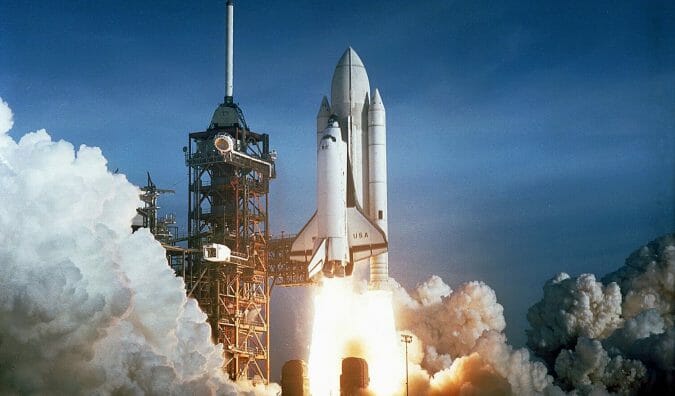 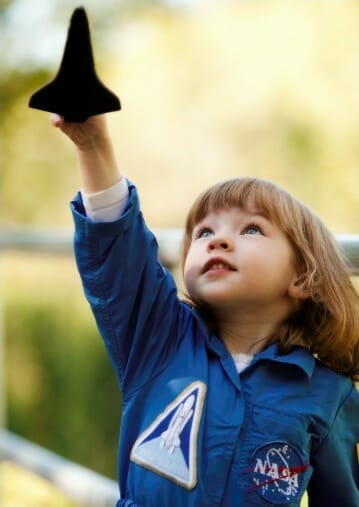 1. If you want to become inspired, surround yourself with inspiring people.

One of the most powerful things that this experiment taught me is there are people out there that are really, truly trying to change things for the better.

It’s no secret that your behaviour changes when you surround yourself with different people. For example, when a friend of yours becomes obese, your risk of becoming obese goes up 171%. But obesity isn’t the only social contagion. Almost any habit or way of thinking can be contagious, including being inspired by other people.

I used to believe that TED conferences were beautiful, optimistic bubbles where the best, brightest, and most out-of-touch people gathered together to talk about how they thought the world should be. But I’ve come to the realization that these TEDsters aren’t out-of-touch at all; they’re simply on the edge of the way things are, and the way they’re going to be.