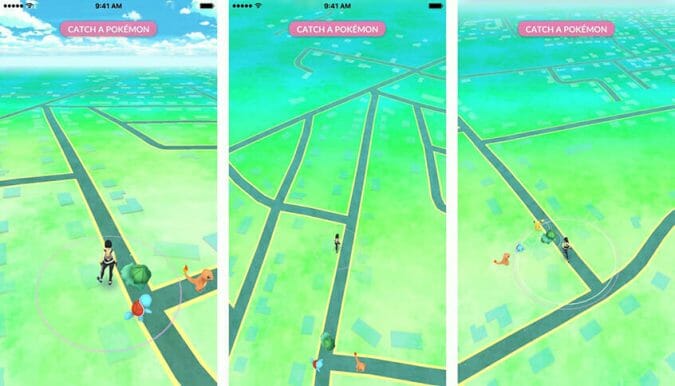 As you might be able to deduce, with me cranking out two articles about Pokemon Go in just as many weeks, I’m in deep. But the truth is, I’m okay with that. As far as video games go, Pokemon Go is a pretty productive one—over the last seven days, I’ve walked a total of 90.12 kilometers—12.9 km a day. And while I’m slowing down a bit, I’m still looking for ways to work extra walks into my daily routine to catch even more Pokemon and level up further.

While I’d argue that Pokemon Go is the most productive video game out there—for its fitness and social benefits alone—since starting to play the game, I’ve discovered a number of other ways to become even more productive playing it.

If you’re in as deep as I am, and you want to become even more productive while playing the game, here are six tactics I recommend!

NERD ALERT: This post will make zero sense to you if you have never played the game. You’ve been warned.

1. Listen to a podcast or audiobook at the same time

I’m usually pretty proud of how many podcasts and audiobooks I can plow through in a week—but lately the number of each that I’ve listened to has doubled, thanks to Pokemon Go.

I usually play with the game’s music turned off, but with the sound effects on (my friends aren’t cool enough to have signed up). Turning on battery saver mode at the same time lets me walk around my neighborhood with my phone in my pocket—but I can still hear when new Pokemon appear, or when I pass by a Poke stop, since the game’s sound effects are played on top of something much more productive than the game’s music.

2. Carve out a walking route around where you live or work

About a 15-minute walk from my house is a river that has a few Poke stops near it, and I’ve found it to be a great place to catch water-type Pokemon. I normally wouldn’t walk to the river too often, but over the past few days I’ve made a habit out of heading down to the river at lunch or after work, while stopping at a few other Poke stops along the way.

This has made it way easier to work a walking ritual into my day. If there are any in-game landmarks that are a 10-20 minute walk away from where you live or work, try carving out a walking route and doing the same.

As you’re probably aware, egg incubators let you hatch new Pokemon—and if you’re anything like me, you have more eggs than you have time to hatch.

Even though you’ll need to pony up to buy additional incubators—they cost about $1.50 each—I think that cost is worth it for the extra motivation they’ll give you. Regardless of how averse you are to in-app purchases, buying an extra egg incubator or two is a hell of a lot cheaper than a gym membership—and if you’re into the game, a lot more motivating.

4. Reward yourself for distance milestones

While Pokemon Go rewards you for walking, running, and biking by allowing you to catch and hatch Pokemon, it doesn’t provide you with in-game rewards for reaching distance milestones.

If you’re looking for motivation to move even more, try rewarding yourself as you reach distance milestones. Treating yourself to a a fancy latte for every 15 kilometers you walk, or putting $1 into a frivolous spending account for every 2 kilometers you walk, can be powerful motivators. (You track your total distance traveled by tapping on your username in the app, and checking the number below the “Jogger” medal.)

5. Feeling lazy? Fire up some incense

If you’re feeling lazy, but at the same time that you really should be going for a walk, just fire up some incense—that in-game item that attracts nearby Pokemon to you. Incense spawns one new Pokemon every 5 minutes while you’re standing still, but one Pokemon every minute when you’re moving.

Since it only lasts for 30 minutes, seeing the time remaining on your incense module tick down should give you that extra bit of motivation to get outside and move. It’s a simple, but powerful way, to harness the incredible power of loss aversion.

6. Travel around areas with an average population density

When you walk through areas of town with a high population density, chances are you’ll encounter a lot of lures—those Poke stops that rain down pink confetti and attract nearby Pokemon—which won’t motivate you to move as much. Conversely, areas with a low population density probably won’t have enough wild Pokemon or Poke stops to motivate you to go for extra-long walks.

Traveling through areas of town that have a medium population density strikes a good balance between keeping you moving and entertained at the same time.