How to kick bad habits by making them “more expensive”

The Takeaway: If you live with someone, make a pact with them to introduce penalties for foods that are bad for you both.

“Roughly speaking, losing something makes you twice as miserable than gaining the same thing makes you happy”, according to the book Nudge. People hate losing what they have, but that’s not entirely a bad thing, because you can use the awesome power of “loss aversion” to your advantage to lose weight, among a lot of other things.

My girlfriend and I live together, and one of the things we try to do is help each other change for the better. We both read way too many books about productivity, and have experimented with a lot of stuff that works and doesn’t work. Nothing has been better for changing our eating habits than having penalties for eating junk food. Below is a picture of our fridge from this morning with our penalties for eating foods we want to cut out. 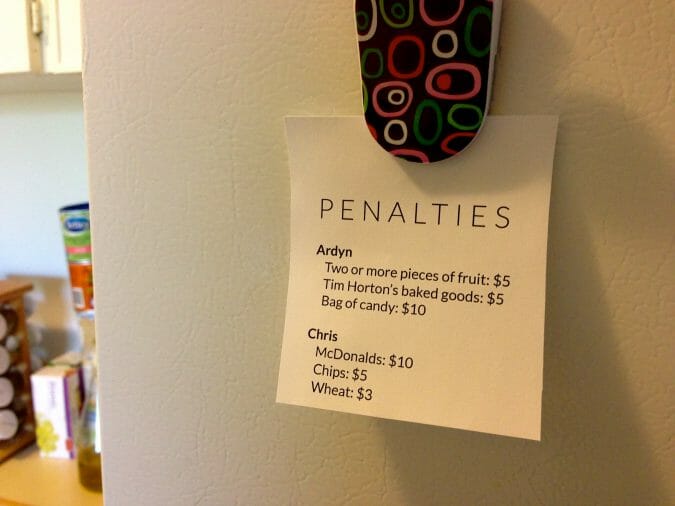 The penalties work because of the power of loss aversion. You won’t want to lose money so much that you won’t eat what’s on the penalty list.

To use ‘loss aversion’ to help you improve your diet, you’ll need two things: 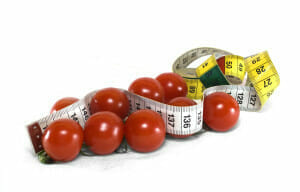 Then, come up with a list of penalties. Each time you eat something on the penalty list, pitch in a predetermined amount into a pool that goes toward a charity, or give the money to your friend. Or, as Chris (not me) sounded off in the comments, for a bit of extra motivation donate the money to a cause you hate, like the KKK or a Republican SuperPac! It’s a good idea to plan out how often you’re able to “cheat” so you can let some air out of your tires later on.

If you’re feeling really ambitious, you can even begin to transform other habits in your life, like limiting the amount of TV you watch each day, or biting your nails.

If you live with someone or have a friend who’s willing to help you kick the bad foods out of your diet, use the power of loss aversion to your advantage. It works.