Pokemon Go is the most productive video game ever created

Takeaway: The more physical activity you get while playing Pokemon Go, the more successful you’ll be in the game. That, as well as the game’s hidden social benefits, arguably make Pokemon Go the game with the most productivity benefits. 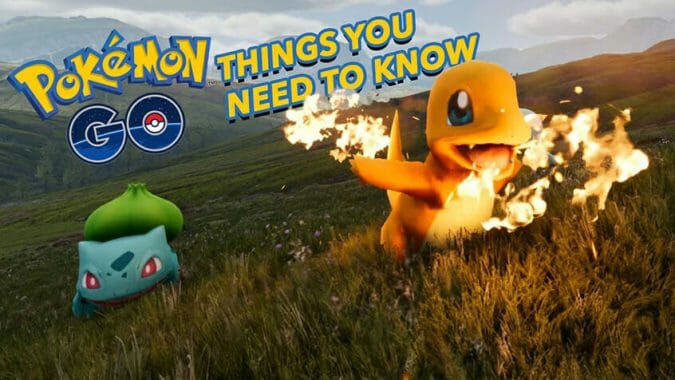 I’m not a big gamer in any sense of the term, but as a kid, I played Pokemon on my Gameboy Color for hours on end—on long road trips, at school recess, and with other kids on the street I grew up on. That’s why I couldn’t have been more pumped to try out Pokemon Go when it was released just a few days ago. In a nutshell, the game lets you walk around your neighborhood to catch Pokemon characters (“pokemon” is an truncation of pocket monsters). The more you walk around, the more Pokemon you’ll encounter, and the better you’ll do in the game.

The game was only released a few days ago, but so far nerds like me have been eating it up, and for good reason: it makes a childhood dream, that the Pokemon world were real, a reality. But the game is so much more than that. I’d even go so far as to say that Pokemon Go is the most productive video game ever created.

The reason for this is pretty simple: your performance in the game is directly tied to how physically active you are in the real world while you have the app open. You level up in the game by walking around in real life to find and catch Pokemon—something you’re unable to do when you don’t leave the house. And you can “hatch” Pokemon eggs—which give you better Pokemon than you get walking around—by moving a predetermined distance—there are Pokemon eggs that hatch after you move 2, 5, and 10 km. The more you move, the more eggs you hatch and the more Pokemon you collect, and the more successful you are in the game. The game is perhaps the only popular game out there that is totally useless when you stay at home. 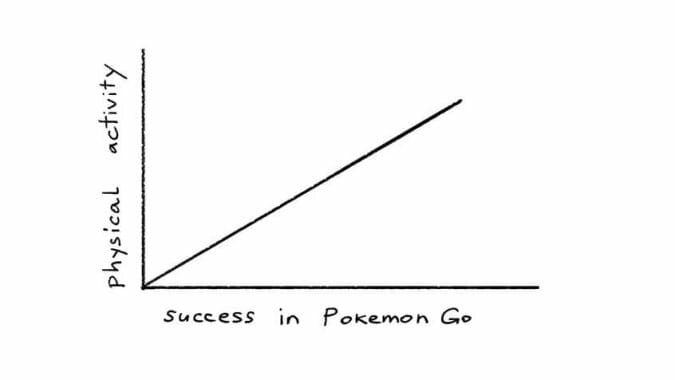 While there are a whole host of benefits to playing games that are complex, challenging, and that make you think, usually those benefits are confined to being purely mental. Pokemon Go is perhaps the first, and only large-scale game that is motivating people to get outside and move. But more than that, the game is actually fun. Because you’re completely immersed in the game, you don’t realize how much you’re walking, or that you’re walking in the first place. To me, that’s the real magic of the game. You don’t download the game to motivate yourself to exercise more: you download it to catch Pokemon, and moving more is a byproduct of that fun. Yesterday I played after work and walked 15 kilometers (9.3 miles). The day before I played even more, and walked 18.5 kilometers (11.5 miles). While I was sore when I got home, oddly enough, I didn’t notice I was exercising while I was playing the game. And I’ve looked for ways to integrate small walks into my daily routine, so I can do even better in the game.

But more than that, the game is also social: over the last few days, I’ve ran into hundreds of other players who were also catching Pokemon, hatching eggs, and taking over nearby Pokemon gyms. Like me, every single one of them was having a blast—and was more than willing to chat about the game. It’s completely disarming when you run into someone who’s in the exact same tribe as you.

We’ll see how long the hype around this game lasts—and whether the game continues to get adopted by more people over time, or whether it proves to be a temporary fad that evaporates as quick as it came. Like it or not, though, it’s probably the most productive large-scale video game created to date—not only for how much physical activity you’ll get while playing it, but also for its social benefits.

Just make sure you look out for cars while you’re crossing the street.