The Zen of Waking Up Early: 10 ways to solidify a morning wakeup ritual

Takeaway: To solidify a morning wakeup ritual, find your “purple pill”, reward yourself when you wake up early, take it easy on yourself in the process, create a nighttime ritual, shut off your devices past a certain time, reduce your exposure to blue light 2-3 hours before bed, stop consuming caffeine 4-6 hours before you sleep, ease into the ritual, anticipate obstacles ahead of time, and be honest with yourself in the process. Whew.

Something worth thinking about before you read this article: waking up early has been shown to have no impact on your socioeconomic standing or productivity. That said, I think waking up early is most definitely a keystone habit that has the potential to create a chain reaction to change and rearrange the other habits in your life. Before you read this article, I think it’s worth seriously thinking about what you want to get out of waking up earlier. Personally, I love the feeling of having worked out, meditated, and planned my day before breakfast, but your mileage may vary.

Since I started A Year of Productivity about ten months ago, I’ve been slowly chipping away at my habits and routines to solidify a ritual to wake up at 5:30 every weekday. And let me say: even though I’ve woken up at 5:30 for the last two months, getting there has been anything but easy.

But I have learned a ton along the way.

The ten methods below have worked better than anything else to help me solidify a morning wakeup ritual. I’ve picked up a few of these strategies through research, but stumbled upon most of them through pure trial and error, and by throwing a bunch of ideas at the wall to see what stuck. Your mileage may vary, but I personally believe that most, if not all, of the items on this list will help you solidify a morning wakeup ritual as well. Good luck!

Every morning, right after my alarm clock wakes me up at 5:30, I take two purple creatine (workout) tablets that will help me work out longer. But here’s the thing: the bottle for the tablets clearly states to take them only 30 minutes before a workout, so as soon as I swallow the pills, they become a ticking time bomb that force me to be at the gym for 6. It does the trick every morning.

Even if you don’t have a morning workout ritual, you likely have a similar “purple pill” that will get you out of bed every morning. Here are a few examples:

Your mind is a stubborn beast, so often you have to trick it into submission. Finding your “purple pill” is one of my favorite ways to convince my mind to get out of bed every morning.

When I interviewed Charles Duhigg, the author of The Power of Habit, he talked about how important it is to reward yourself when adopting a new habit. He used the example of exercising more. “Even if you think you want to start exercising, your brain essentially thinks that you’re a liar and that you don’t actually like exercise. So what you have to do is train your brain so it knows that exercise is linked to something you know that you enjoy, like a piece of chocolate, taking a nice long shower, or spending 15 minutes on Facebook. It doesn’t matter what the reward is. What matters is it’s genuinely rewarding, and that you allow yourself to enjoy that reward.”

3. Take it easy on yourself

The harder you are on yourself when you integrate a new habit into your life, the less likely that new habit will actually stick.

For example, think about how a lot of people form a habit to wake up early. They might not have a decent nighttime ritual, so they watch TV until late at night, and wake up tired the next day. Because they didn’t get enough sleep, they drag their feet all day long, are way less productive and happy, and are essentially worse off because they woke up early.

I think when people ritualize waking up early, they have the tendency to focus too much on getting up early, as opposed to heading to bed early. But the two are inseparable–like two sides of the same coin. If you don’t create a solid nighttime ritual to go to bed earlier, you’re going to hate yourself the next day when you wake up early. If you’re average, your body needs a solid eight hours of sleep every night, and getting less than that will discourage you from adopting the ritual.

I personally think your nighttime ritual should include activities that:

What you include in your nighttime ritual is obviously up to you, but here’s what has worked well for me:

All of these routines help me rev down my mind, and provide me with a cue that I should head to bed soon.

Tip: All habit cues fall into one (or more) of these five categories: a certain time of day, a certain place, the presence of certain people, a particular emotion, and a preceding behaviour that’s been ritualized. For example, if you set your running clothes beside your bed at night so they’re there for you in the morning, that morning cue includes a time of day (6am), place (by your bed), and preceding behaviour (waking up). 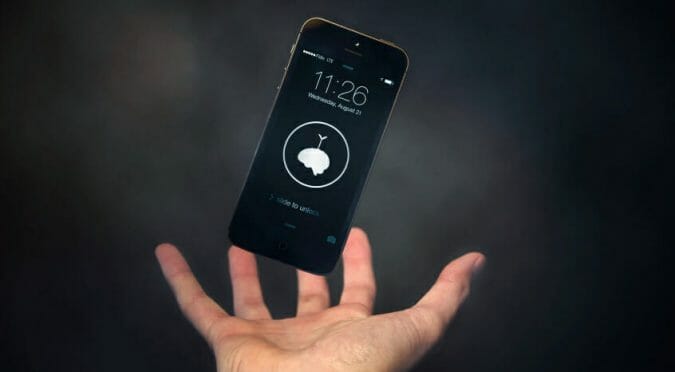 5. Shut off your devices past a certain time

One of the habits I’ve recently adopted that has helped me wake up early is putting my smartphone and other devices into airplane mode from 8pm to 8am (1.5 hours before I go to bed, and 2.5 hours after I wake up). Airplane mode shuts off all of the radios on your devices (wifi, cellular, and bluetooth included), which prevents any emails, texts, tweets, Facebook messages, and other updates from getting in.

This ritual will take you a week or two to integrate into your life (if you decide to integrate it, that is), but once you do, its benefits are incredible. Here are a few of them:

I could keep going, but I think you get the point. Shutting your devices off past a certain time will make you sleep better, and will make you much more calm and mindful before you go to bed and after you wake up.

6. Reduce your exposure to blue light 2-3 hours before bed

Exposing yourself to blue light is detrimental to your sleep. This one might sound a little weird, but it’s true.

Blue light has been proven to inhibit melatonin production, a happy chemical in your body that helps you sleep. In fact, one study found that participants who were exposed to no blue light before bed (they wore blue-blocking sunglasses–$10 on Amazon) slept 50% better, and were 40% happier after they woke up!2

Most of the blue light you see before bed comes from your electronics, like your smartphone or tablet. The solution? Pick up a pair of blue-blocking sunglasses, stop using your smartphone/tablet 2-3 hours before you go to bed, and limit your exposure to energy-efficient lighting before bed, which also emits a lot of light on the blue end of the spectrum.3

According to the FDA, “[a]fter drinking caffeine, it usually reaches its peak level in your blood within one hour and stays there for four to six hours”.4 In other words, if you consume caffeine less than four to six hours before you go to bed, caffeine is literally coursing through your veins as you’re trying to fall asleep.

My rule for making sure caffeine doesn’t compromise my nighttime and wakeup rituals: stop consuming caffeine six hours before I sleep.

8. Ease into the ritual

It’s near-impossible to will yourself into making huge changes to your life overnight, and I think this rule is especially true with waking up early.

The slower you ease into waking up early, the more success you’ll have with the ritual. For example, instead of waking up an hour earlier than you did yesterday, wake up just one minute earlier than you did yesterday. By easing into the ritual, you’ll create a series of small wins for yourself along the way (which helps in habit formation), you won’t discourage yourself, and best of all, you’ll practically be jumping at the chance to wake up earlier the next day if you ease into the ritual slowly enough.

Waking up earlier shouldn’t be a change you make overnight. Especially when the ritual is something you may practice for years–if not decades–it makes sense to integrate it into your life slowly.

9. Anticipate obstacles ahead of time

When I interviewed Charles Duhigg, one of the things he talked about was how important it is to anticipate where your breakdowns will occur as you form new habits. For example, if you’re heading on a business trip three weeks from now, that’s easy to anticipate and plan for in advance, but it’s way more difficult to figure out how you’re going to wake up early after you leave for the trip.

When you ritualize waking up early, make sure you look out on the horizon for any obstacles or commitments that might get in the way of your ritual. Chances are there will be periods when you don’t even want to wake up early–like when you’re on vacation–but planning how you’ll deal with obstacles ahead of time is another great way to solidify your morning wakeup routine.

10. Be honest with yourself in the process

I think one of the biggest mistakes people make when they try to integrate a new habit or routine into their life is they’re not honest with themselves in the process.

I’ll admit that sometimes it’s necessary to play tricks on our brains to accomplish more (like finding your “purple pill”), but when you integrate any new habit into your life, I think it’s crucial that you’re honest with yourself about why you’re succeeding and failing.

For example, chances are there’s a very good reason you hit ‘snooze’ six times every morning, like that you’re too tired, or that you’re trying to move your wakeup time back too quickly. Or if you constantly have trouble going to bed at a decent time, chances are there are constraints that you have that keep you from getting to bed on time. Is Jimmy Fallon’s show simply too funny to not watch? Are your kids keeping you up late into the night?

Being honest with yourself about what’s preventing you from going to bed and waking up early will not only help you recognize what improvements you need to make to wake up early, but it will also help you with the other tactics in this article.

The items in this list are what has worked for me, but I’m confident that these tactics will work wonders for you, too.