Why the light from your smartphone is keeping you up at night, and what to do about it

Takeaway: Exposing your eyes to too much blue light (from your smartphone, tablet, or computer) before bed is detrimental to your sleep. The fix: pick up a pair of blue-blocking sunglasses, limit your exposure to blue light before bed, and ritualize shutting off your devices past a certain time every night. 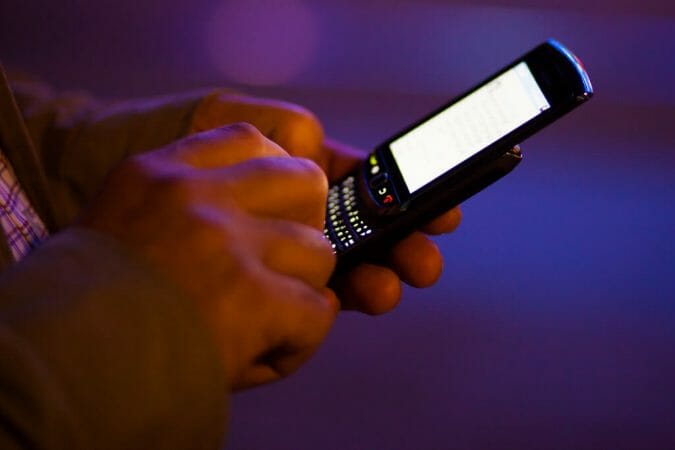 Exposure to blue light before you go to bed significantly affects your sleep quality, because it prevents your body from releasing melatonin, a chemical in your body that helps you sleep. Unfortunately, all of those electronic devices you use before bed (your tablet, cellphone, computer, and TV included) bombard you with an incredible amount of blue light, which can significantly hamper your sleep quality if you’re not careful.

When I chatted with my buddy Ari about sleeping hacking the other week, one of his top suggestions for something I should experiment with surprised me: that I should wear a cheap pair of blue light-blocking sunglasses a couple of hours before I went to bed.

I was a bit skeptical, so I decided to wear them two hours before bed for a few weeks to see if they produced any results (besides making me look like a doofus). But back to that experiment in a second.

Pretty much every study that has analyzed blue-blocking sunglasses has found them to be incredibly effective in helping you sleep. Take these two that I stumbled upon recently: 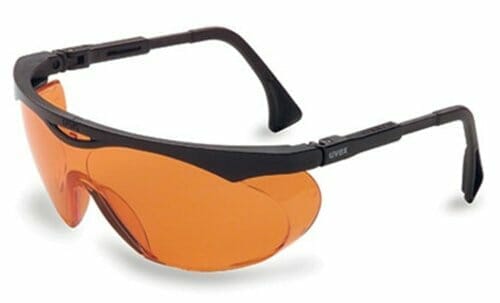 Here’s what to do about it

In hacking around with my sleep, I noticed something fascinating: I could literally use all of my devices up until the moment I went to sleep without any adverse effects, as long as I wore my blue-blocking sunglasses. I usually don’t like to stare at shiny screens late into the night, but for the sake of this experiment I was able to do so without any adverse effects with blue-blocking sunglasses on.

It might sound crazy, but blue-blocking sunglasses will help you fall asleep faster, and then sleep better throughout the night. You’ll look like a total doofus wearing sunglasses indoors, but if you want to look at bright, blue light-emitting screens late into the night, you should throw on a pair of blue-blocking sunglasses so you don’t compromise your sleep. And you can order a pair for $10 off of Amazon, so you really have no excuse. The Harvard Medical School recommends avoiding blue light 2-3 hours before you go to bed.3

Here are a few other ideas on how to eliminate blue light from your nightly ritual, and how to use blue light to your advantage:

The bottom line: exposing your eyes to too much blue light before bed is detrimental to your sleep. The fix: pick up a pair of blue-blocking sunglasses, limit your exposure to blue light before bed, and ritualize shutting off your devices past a certain time every night.