The number of hours you should work a week to be the most productive: 35

Takeaway: To be the most productive and creative, studies have shown that you should work 35 hours a week. 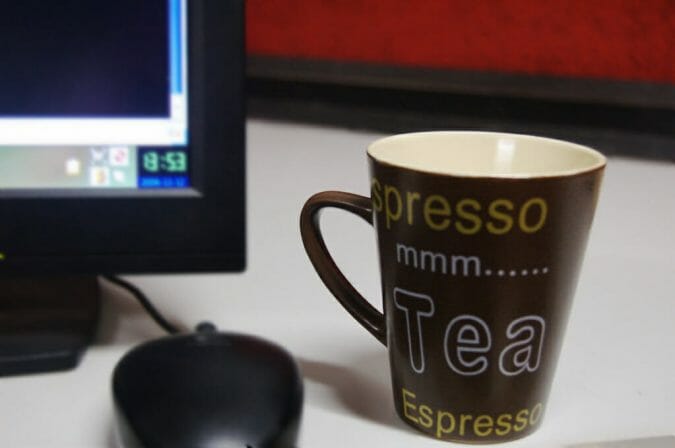 A lot of people think that to be the most productive they should work for 60 hours a week, but study after study has shown that the optimal number of hours you should work is about half that number, at 35.

An interesting thing happens after you work more than 35 hours a week:1 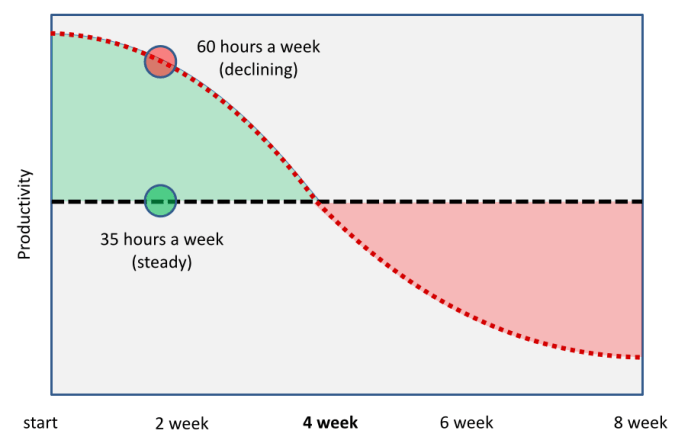 Though your productivity may spike up at first, over time, as you don’t step away from your work, your productivity takes a nosedive as you become increasingly fatigued and stressed, even though you might not notice it at first. It also costs you because you can’t take a step back from your work to see it from a higher, more elevated perspective. 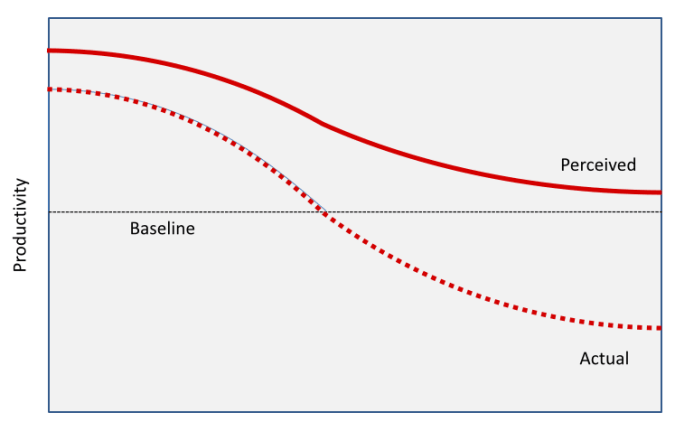 According to studies, if you give two roughly equal teams the same job to do, and Team Hardcore works on overtime and Team Relaxed works only 35 hours a week, Team Relaxed is (surprisingly, to me at least) going to create a much better product at the end of the day.2

The reason for that is even though they may be doing more actual work, when people work more than 35 hours a week3, they cost themselves a lot in productivity. That’s because putting in too many hours:

Though this research applies mainly to creative work (as opposed to repetitive, factory-type work), I think it underscores just how important it is to destress, take breaks, and relax every once in a while.

Productivity isn’t just the work you get done; it’s the work you get done, minus the time and energy you spend to clean up after your mistakes and bad decisions. After you work more than 35 hours in a week, especially when you do creative work, research has shown that you tend to do more harm than good.

As one manager put it, “if you have a programmer who can churn through 10 features in a week working overtime, imagine how far your project would be along if he was programming 8 features that were actually the right ones instead of 5 that needed to be ripped out and reworked?”

If you consistently work more than 35 hours a week, you might just be working too much.

One strategy I love to make sure I don’t invest too many hours into work each week: timebox my work, as well as my other life elements.