Interview: 5 things you should know about mindfulness and work

Takeaway: According to renowned meditation expert Sharon Salzberg, meditation may seem a bit “woo-woo” on the surface, but it will help you become more productive at work. Mindfulness and meditation make you more productive by boosting your focus and helping with impulse control, and they don’t need to consume a ton of your time. It helps when you sit for more than five minutes at once, and weave the practice into your daily routine. 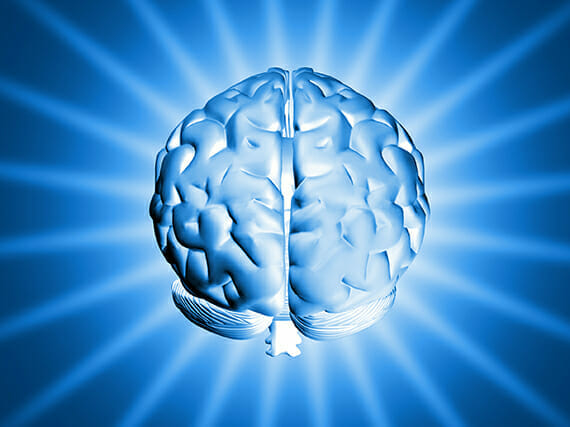 Over the next few months, I’m interviewing some of my favorite productivity experts for my book and posting extended versions of those interviews on this blog! This one is with Sharon Salzberg, a New York Times bestselling author of eight books, and even more notably, a meditation teacher who is often credited with bringing Buddhism to the West in the 60’s and 70’s. I think you’ll dig it.

Sharon Salzberg was late. With traffic stalled all around her, she sat in the back of a cab, worried that the driver would be late turning in his cab. That’s when he turned around and said something that she remembers to this day: “Madam, traffic is not your fault, nor is it mine.” 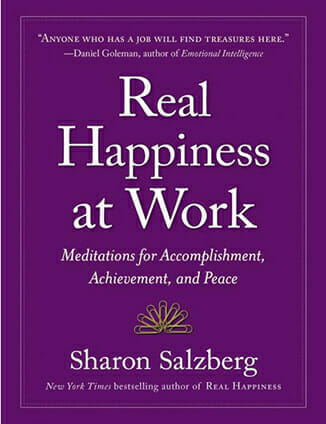 The cab driver possessed a rare self-awareness, and—even more uncommon—he brought it to his job. It’s an attitude that Sharon believes we can cultivate with mindfulness meditation.

Sharon is a New York Times bestselling author of eight books. Her recent page-turner is Real Happiness at Work, which contains advice for blending meditation with the workplace. She’s a famous meditation teacher who is often credited with bringing Buddhism to the West in the 70’s. She is also an incredible woman.

I recently interviewed Sharon about meditation and work. What follows are the five most powerful lessons we chatted about—but first, it’s worth quickly dispelling a couple myths about what meditation is.

Sharon explained that, contrary to what people often think, meditation is not “all woo-woo and weird.”

It’s helpful to learn more about meditation because doing so can challenge your preconceptions and give you a better understanding of what mindfulness is all about. According to Sharon, this is one reason many people come to meditation: they’re driven by an urge to see what the scientific fuss is all about, since meditation is surrounded by a growing body of research.

One big myth, for example, says that when you meditate, you should try to stop all of your thoughts. That’s not true. Sharon explains that “the goal of meditation is not to stop all thinking … but to change your relationship to your thoughts, so that you’re not so lost in them and fighting them all the time.”

Meditation simply involves cultivating an awareness of the present moment, constantly bringing your attention back to whatever you’ve chosen to focus on (for example, your breath). It’s not inherently at odds with the results-driven atmosphere of work: it can actually help you perform better. Here’s how.

If you’re curious, I wrote a quick guide on how to meditate here. 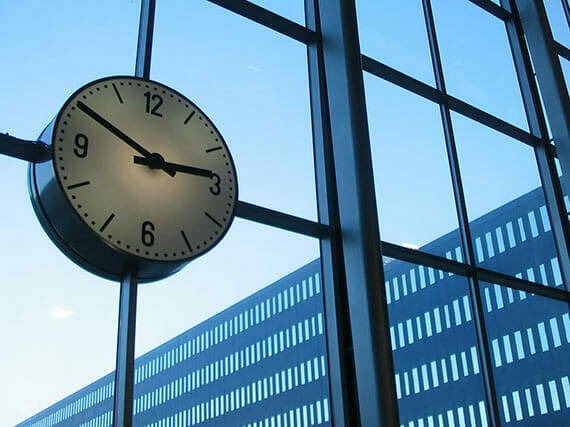 1. Meditation boosts your focus at work

It doesn’t take a year of crazy experiments to understand that focus is key to productivity. The better you can concentrate, the more you can get done.

Sharon said that as you learn meditation, “you learn to gather that kind of wild energy and settle, so you’re more centered and there’s more energy available to you in a more focused way.” Meditation really requires lots of concentration—by focusing on the present moment, you’re actually flexing your focus, making it stronger.

A big reason that meditation works to help you concentrate is that it gives you a mindset that’s less susceptible to distractions. Dwelling on the past, for instance, generally distracts us from the work at hand and detracts from our productivity.

Another factor here is negative self-talk: getting caught up in relentless criticism of your own actions is a recipe for distraction. But Sharon said that, through meditation, “we let go more gracefully and start over, and so it kind of works. You end up not being so lost in all of those kind of conceptual overlays: ‘I’m so bad. I’m such a failure. I’m so terrible. It’s never going to change.’”

A mindful mindset can free us from this negative self-talk, making us not only more productive at work, but happier, too. 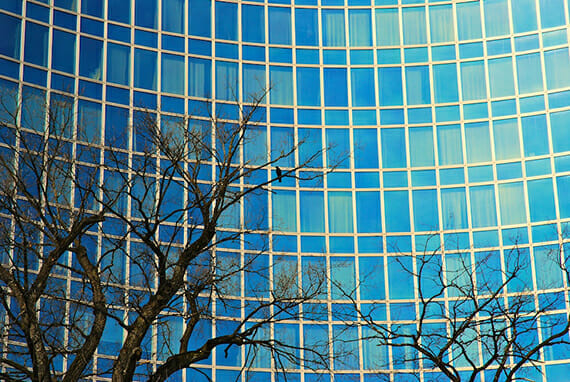 According to Sharon, meditation improves your executive function, which has a lot to do with controlling your impulses.

Being mindful means being aware of your feelings in the present moment, which can in turn free you from the control of those feelings. There’s even evidence that mindfulness helps grow brain areas that are linked to impulse control.

One 2012 study actually found that “a brief period of mindfulness meditation may serve as a quick and efficient strategy to foster self-control under conditions of low resources.” Meditation can recharge your battery of self-control.

Impulses can be a distraction from work and usually leaves us wishing we had been able to resist them. Whether you just don’t want your boss to catch you doing something unrelated to the job or you really want to get efficient in the workplace, meditation and mindfulness can help.

What’s fascinating to me is that—not only do we have scientific proof that this is true—we are starting to learn why it’s true. A 2013 study in Psychological Science explained that “the present-moment awareness and nonjudgmental acceptance that is cultivated by mindfulness training” ultimately boosts how aware we are of little changes in our emotions. That prepares us to better manage them and resist impulses. 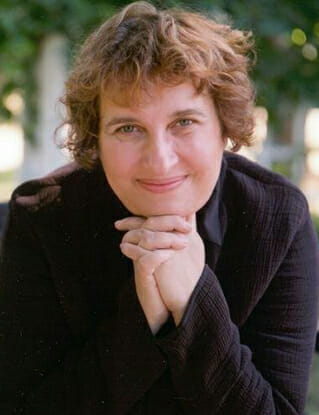 Some people fear that if they start, their time spent meditating will metastasize, leaving them more unproductive than before. While even rigorous meditation practice will ultimately save you time, you can keep it contained, limiting the time you spend practicing. This can feel even tougher if you’re trying to balance intense demands from work.

Sharon recalled a conversation awhile back where a friend mentioned wanting to learn how to meditate. Sharon asked, “What can you realistically commit to?”

“Ten minutes a day for a month,” her friend replied.

“Then that’s it,” Sharon said.

A little meditation is better than no meditation, so you should start with whatever you feel comfortable with—whether that’s five, ten, or twenty minutes per day.

Research even supports the idea that a small bit of time devoted to mindfulness meditation can still bring benefits.

4. Meditation can be woven into your daily routine

You can also integrate meditation seamlessly into your day by linking moments of mindfulness to common occurrences.

Sharon began to clarify the idea when a Tibetan teacher of hers encouraged short moments of mindfulness each day on top of one’s formal meditation period. They called it “short moments many times.”

For her book, Real Happiness at Work, Sharon asked the next question about the idea of short moments many times: “What does that look like if you’re at work?”

The answer is that it looks like what you normally do—with mindfulness tacked on to the end. Sharon recommends that you pick something you already do at work and use it as a signal to take a few moments of mindfulness.

For instance, when your phone rings, you should let it ring three times before answering. Use that spare time to draw your awareness into the present moment. She says that the same idea works for email: “maybe write out the email and don’t press send right away. Take a few breaths, then read it again, and then decide if you want to send it.”

5. Meditation works best when you practice it for more than 5 minutes a day 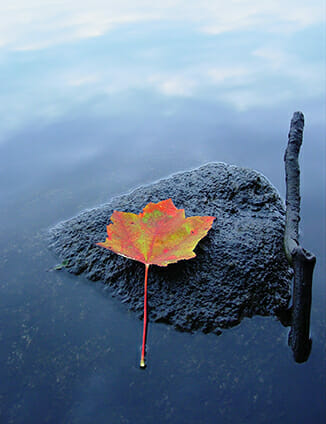 Sharon meditates for 30 or 40 minutes each day, though that’s certainly not for everyone. She recommends that you aim for at least 20 minutes per day—though she acknowledges that it may take time to get up to that point. This is especially true if you have a demanding job.

“The reason I say just 20 minutes a day is because for most people sitting at home, the first five or so minutes is going to be a complete ride of thinking,” she says. It can take time to settle into the present moment, which is why meditating for more than five minutes (at least) is optimal.

But if that seems impossible, don’t toss in the towel yet. The “everydayness of it” holds more importance than a number. Sharon says that if you only have five minutes to meditate on a certain day, you should do the five: “don’t think it’s not worth it.”