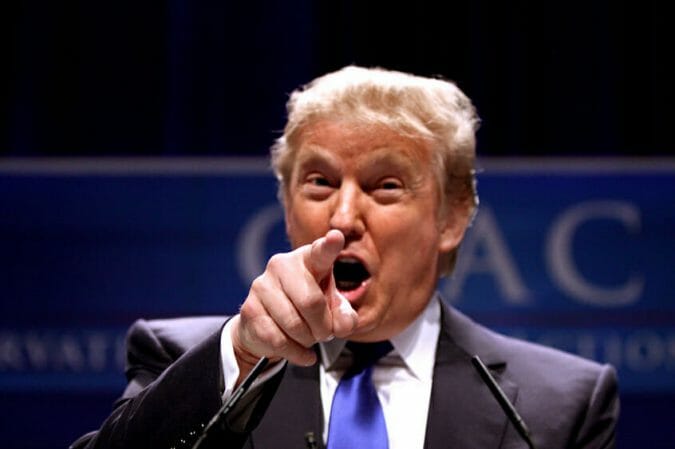 Takeaway: According to psychologist and author Shawn Achor, “noise” has four characteristics: it’s unusable, untimely, hypothetical, and distracting from your goals. It’s worth making an effort to consume less noise, so you can spend more of your attention on what’s actually meaningful and important.

I’ll admit, the headline for this article is pretty linkbaity, but let me explain.

From the moment Donald Trump launched his presidential campaign, he started saying controversial things, and people started paying attention to him. In my opinion (and at the risk of getting political), his campaign has been pure genius—a sort of entertainment disguised as politics. The man says basically whatever he wants, which is often the same stuff a slightly-racist grandpa would yell at the television while watching CNN. It’s hard to look away.

And that’s the problem. Like it or not, there’s noise all around you. When you’re not careful, this noise can distract you from what’s meaningful and important. I don’t say this to be a prude and discount things that are genuinely entertaining, which can bring some pleasure to your life. For example, there’s nothing wrong with watching the odd reality TV show, especially when you know in the back of your mind that it’s simple and mindless entertainment. But there are other things that qualify as “noise,” which add absolutely no meaning or value to your life. Noise can even be counterproductive to your goals, so it’s definitely worth cutting back on.

My favorite definition of this type of “noise” comes from Shawn Achor’s book Before Happiness. (While you’re at it, you should check out Shawn’s other incredible book, The Happiness Advantage). According to Shawn, anything that is noise has four basic traits:

As a Canadian listening to the media coverage about the U.S. election—which at the time of writing is 14 months away and changes every day—this would no doubt qualify as noise.

Yet so many Canadians are soaking the story up, and I sadly admit that I’m one of them. This is largely due to the way we’re wired. The human brain is insanely powerful, but it has evolved to perceive threats in our environment. This makes us more likely to pay attention to things that make us feel threatened, jealous, afraid, upset, or superior—especially when we see celebrities rocking their flabby beach bods on a Linkbaity Top 10 List. It’s hard to turn away from this noise, but for the sake of our productivity we should make an effort to. Noise is not valuable, meaningful, or important—even though it’s often disguised as all three.

In Before Happiness, Shawn gives some simple advice: make an effort to reduce how much noise you consume by just five percent. Find a couple small things in your life that have the traits of noise, and stop consuming them. Shawn gives a few examples in his book, and here are the ones that have worked for me:

Your attention is one of the rarest commodities you have, and when it comes to your productivity, it’s worth defending and spending wisely. Noticing and then reducing the noise around you is one of the best ways I’ve found to do exactly that.