Takeaway:Feelings of discomfort, fear, and pain are unpleasant. But they’re also an important sign that a task, project, or conversation is valuable. Instead of avoiding these feelings, run towards them. 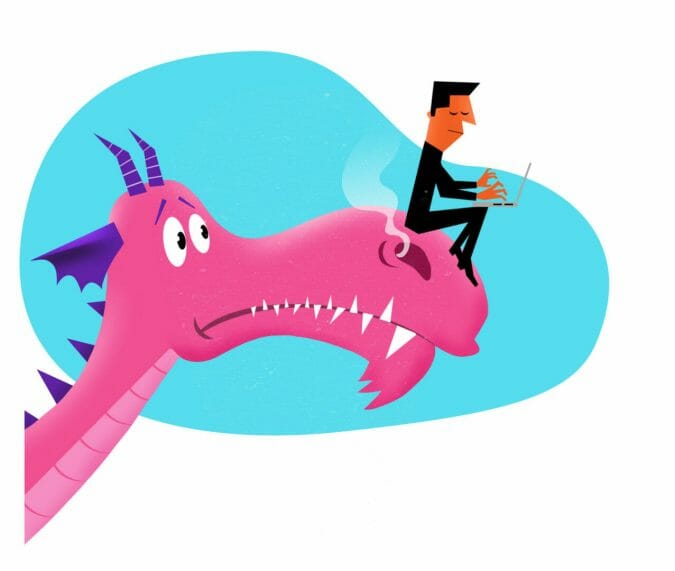 There’s a remarkable amount of value in chasing discomfort.

Look at the projects on your plate, and ask which make you feel the least comfortable. You’ll usually find these projects are extraordinarily valuable, and that your aversion is caused by the fact that they’re difficult, frustrating, and ambiguous. While these feelings are uncomfortable, they are precisely what make certain experiences valuable.

Anyone can do easy tasks, but few want to do ones that make them uncomfortable. By running towards discomfort, instead of away from it, you do what others don’t want to—and as a result, deliver unique value. This gives you a leg up on others who don’t want to do the work.

The other day, I finished The Defiant Ones, a four-part documentary series about the rise of Dr. Dre and Jimmy Iovine. They’re the two renowned record producers who co-founded Beats by Dre and now run Apple Music. In the documentary, Jimmy tells the fascinating story of how he started out. I love this story.

After dropping out of college, Iovine got a job cleaning in a record studio. One Easter, he was called into work on his day off (the other cleaner was apparently sick). When he arrived at the studio, he realized the story of his co-worker calling in sick was a fabrication. He didn’t get the call so he could clean—instead, sitting in the studio was John Lennon. Iovine’s boss called him just to see if he’d come in on a holiday weekend. Iovine helped produce that album—and later went on to produce albums by Bruce Springsteen, Lady Gaga, U2, Gwen Stefani, and countless others.

Something Iovine said in the documentary stood out to me: when you get beyond your discomforts and fears, your fear eventually becomes a tailwind, instead of a headwind. It propels you forward in your chase, until you eventually get in front of that discomfort. You do the hard things, produce more value, and, at the end of the day, accomplish more because you do what everyone else is avoiding.

Ray Dalio echoes this same idea in his book, Principles (which I wrote about last week). Instead of getting frustrated and overwhelmed by pain and discomfort, he began to see these feelings as “nature’s reminder that there is something important to learn.” He goes on to call reflecting on pain and discomfort the most valuable habit he’s acquired.

Chasing discomfort, pain, and fear may end up being the most important habit you acquire. It’s a sign you’re onto something important.
Illustration by Sinisa Sumina.