The 7 characteristics of highly effective people who give TED talks

The people who speak at TED: see limits differently, care a ton about just one thing, can see how their work fits into the bigger picture, are insanely curious, lead ‘tribes’, are crazy, and work unbelievably hard. 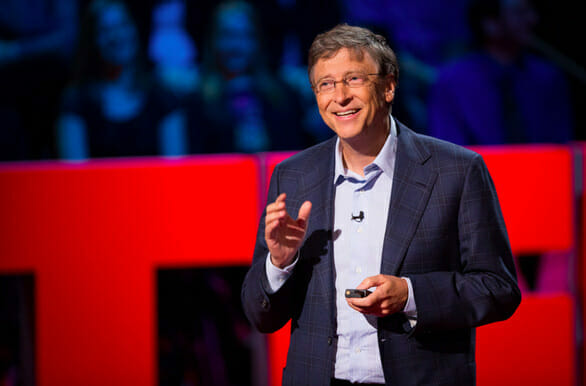 Throughout my productivity experiment to watch 70 hours of TED talks the other week, I couldn’t help but think about the characteristics that presenters at TED conferences share.

Speakers at TED are at the top of their game, and are no doubt some of the most productive people out there. Here are the 7 habits of highly effective people who give TED talks! 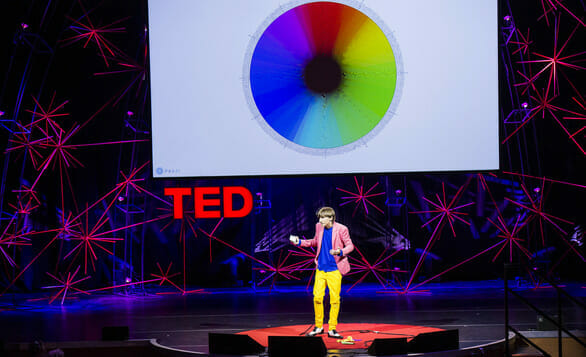 The most inspiring TED talks I watched were given by people who saw limits differently. Take Evelyn Glennie, who lost her sense of hearing at age 13, so she (of all things) decided to become a professional percussionist. Or Neil Harbisson, an artist who was born without the ability to see color, so he created a device that allows him to hear color instead. Or David Blaine, a professional stuntman who pushed his body and mind so he could hold his breath for 17 straight minutes on live television.

Speakers at TED see limits differently, and sometimes they don’t see them at all. When limits get in the way of what they want to accomplish, instead of being constrained by them, they seek out ways to blow past them.

2. They care an inordinate amount about just one thing

Many TED presenters care so much about one thing that they could probably talk for days about whatever they’re giving a TED talk about (thankfully, TED talks are limited to 18 minutes).

When I interviewed career development authority Chris O’Gorman, he talked about the number one thing that sets high-performers apart from everyone else: that they’re a guru about mainly one thing. Some of the best TED presenters definitely live this idea, like Chip Kidd, who has dedicated his life to designing book covers, or Jamie Oliver, who has dedicated his life to cooking and promoting healthy eating.

TED presenters care an incredible amount about just one thing, and in some cases they even care enough to dedicate their entire life to it.

3. They see how their work fits into the bigger picture

Even though the presenters at TED are incredibly passionate about just one thing, most of the presenters I watched had a sense of how their work fits into the bigger picture of how the world works. They had a perspective that was, to paraphrase Sam Carpenter in his great book Work the System, outside and slightly elevated.

Presenters at TED could, at the same time, see their work at a ground level as from 10,000 feet. 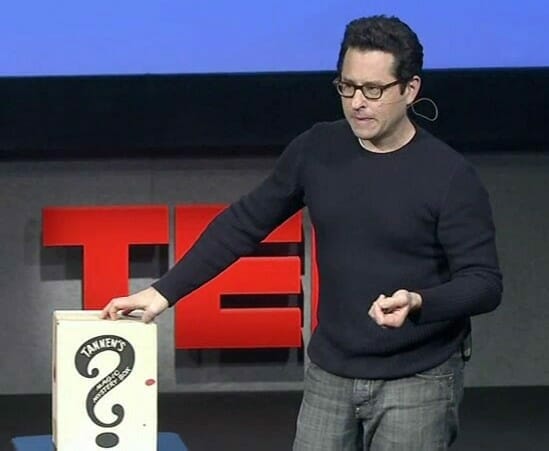 This item on the list almost seems like a copout. Of course presenters at TED are curious; after all, almost every TED presenter is a leader in in the field of Technology, Entertainment, or Design (TED).

But some of the presenters at TED are so curious that they’re borderline insane.

Take James Cameron, who in addition to creating and directing blockbuster movies like Avatar and the Titanic, advises NASA on future missions to Mars, and was the first person in the world to take a solo dive to the bottom of the Mariana Trench.

Or take J.J. Abrams. Abrams’ TED talk is centered around a mystery box that he was given when he was a kid. His mystery box is full of magic tricks, but he’s never opened it because he’s more compelled by the mystery of the box, which has unlimited potential, rather than the limited potential of what’s inside.

Every single presenter at TED that I watched was driven by curiosity – if they weren’t, I don’t think the presenter would have been at TED in the first place.

5. They care about, create, and invest in ‘tribes’

Presenters at TED frequently mentioned their ‘tribes’; the people they spend their time with who share their ideas and values, who are deeply passionate about the same things they are. Many presenters mentioned their tribes as their source of motivation and inspiration, while others talked about the idea of tribes themselves, and how powerful they are. For example, Seth Godin talked about how marketers shouldn’t focus on targeting through mass media anymore and should instead target tribes, and David Logan talked about how we can use the tribes we’re involved in to become better people.

I’d say that TED itself it a tribe, and a powerful one at that. There’s no doubt in my mind that the tribes you’re a member of can lead you to become more productive (e.g. joining a running group or a reading club), and many TED presenters spoke about the tribes they were a part of, and how they motivated them to be even more productive.

Speakers at TED care about, create, and invest in their tribes.

The craziest TED presenter I watched last week was no doubt Clifford Stoll (here’s his talk on learning), but all TED presenters seemed to be just a bit on the crazy side. Take Seth Shostak, who will buy you a cup of coffee if we don’t find extraterrestrial life in the next 23 years, Penelope Boston, who wants to look for life in the underground caves on Mars, or George Watsky, an incredibly talented spoken word rapper who performed a talk on education.

Maybe there’s truth behind the saying that the people who are crazy enough to think they can change the world are the ones who do. 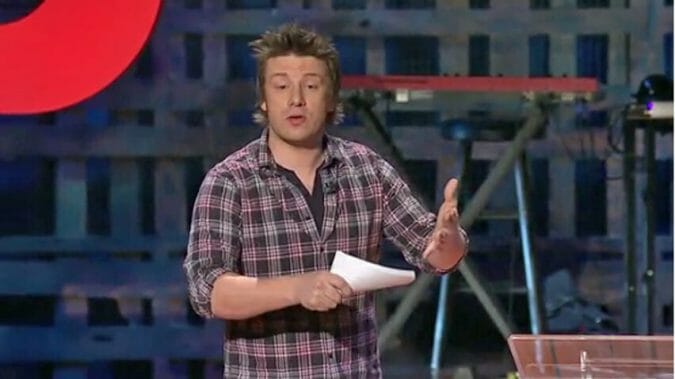 On top of their care, curiosity, craziness, and perspective, presenters at TED work incredibly hard.

One of my favorite TED talks was given by Jamie Oliver, a celebrity chef who spoke about the work he has conducted to fight obesity on main street, in school cafeterias, and in homes across the U.S. It was incredibly evident in Oliver’s talk that he works incredibly hard to push back against the obesity epidemic.

Just a few hours ago (when I was pondering this article), I walked to Sobey’s to pick up a few groceries; not a big order or anything, just some spinach, apples, and tuna. Right as I was walking into the store, I saw this banner: 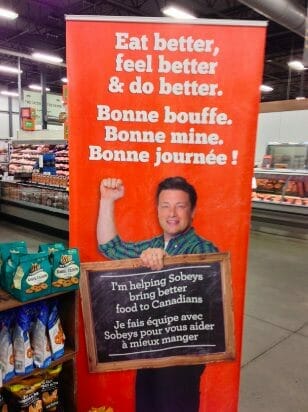 Hard work is just one characteristic of someone who gives a TED talk, on top of curiosity, tribes, curiosity, and craziness, but it’s no doubt one the larger ones.