10 incredible TED talks that will make you more productive 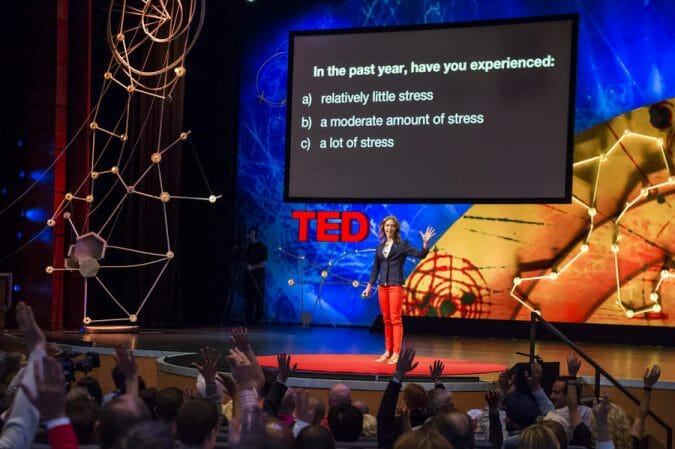 As an experiment, last week I watched 70 hours of TED talks; short, 18-minute talks given by leaders in the fields of Technology, Entertainment, and Design. A lot of the talks had to do with productivity, and I’ve sifted through all of the boring ones to find the 10 best!

Here are 10 incredible TED talks that will make you more productive.

Shawn Achor argues that happiness inspires productivity, not the other way around. An incredible talk, and in my opinion, a must-watch.

Interestingly, research has shown that money can buy happiness, but only when you spend it on other people, not yourself. Norton talks about a number of fascinating studies that have been conducted on happiness, which makes for another must-watch talk, in my opinion.

Like this article? Here are 100 incredible things I learned watching 70 hours of TED talks last week.

Sagmeister is a New York-based designer who shuts down his studio every seven years to take a year off. I’m a huge believer that taking breaks makes you more focused and productive, and Sagmeister lives that philosophy.

Kelly McGonigal: How to make stress your friend (14:29)

In this talk (published last month), psychologist Kelly McGonigal talks about the fascinating research she’s conducted that says stress in itself isn’t bad for us. The only factor that affects whether stress harms us is how we view the stress. A fascinating talk.

If you’re as fascinated by sleep as I am, you’ll love this talk. Foster is circadian neuroscientist, which basically means he studies how sleep affects the brain. A great talk about exactly how sleep impacts our lives.

In this TED talk, Sinek talks about how the greatest companies and innovators (he uses Apple, Martin Luther King, and the Wright brothers as examples) are successful because they align their actions with a higher purpose, instead of just trying to make a quick buck. A great talk, especially if you’re in business.

People make a lot of excuses to not pursue their passions, and Smith calls all of those excuses out.

A quick talk that Aaron Sorkin would especially love. The next time you have a meeting, why not get some exercise while being productive with a walking meeting?

I’ve talked before about how much more productive monotasking will make you, and Cardini has gone a step further and applied the ideas behind monotasking to a few product designs. Some of the designs make no sense (to me, at least), but I found the talk interesting nonetheless.