When a person becomes an idea

Short description: The stories you hear about someone can mean you’re not looking at them as a real person after all.

Here is a fact you cannot deny: you are a person. Let’s draw a dot to illustrate this. 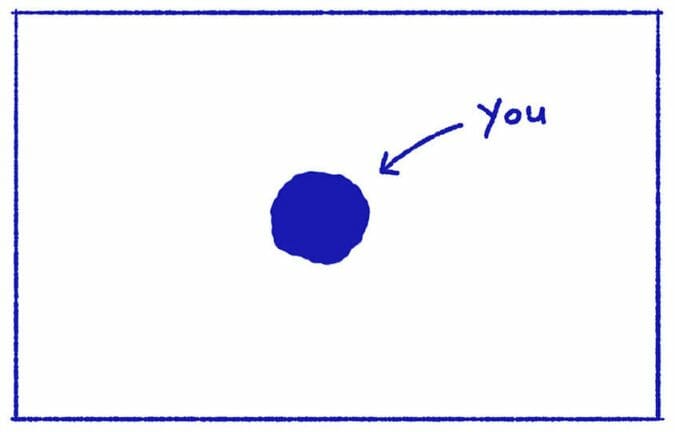 Pretend this dot is you.

When your friends, family, and acquaintances think of you, chances are many things come to mind: how you make them feel; the nice (and not so nice) things you’ve done for them; the memories you’ve created together. These are the narratives and the stories they tell about you—both to themselves and to the people they talk to about you. 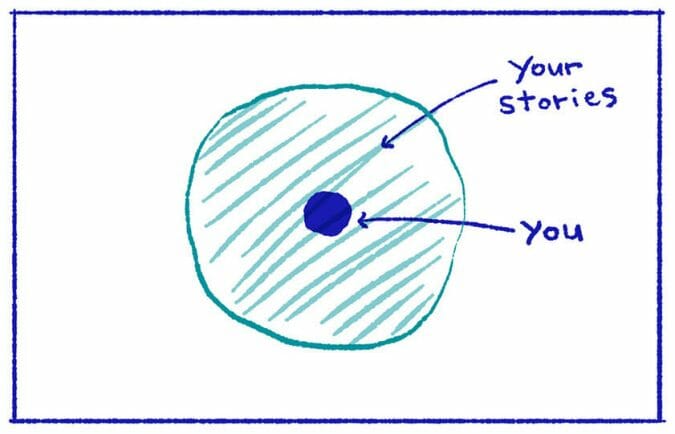 That circle around you, the dot, is the collection of stories people know and tell about you. This picture is what comes to mind when someone thinks about you: they think both about the person you are, as well as the memories and narratives they attach to you.

Some people in your life have bigger narratives and stories than others. Take, for example, someone like your boss’ boss, or the person you had your last bad breakup with. When you think about them, you’re able to remember the kind of person they were when you were together, or working with them. As time passes, though, that person moves from being someone you interacted with on a daily basis to someone that’s a memory. You still remember who they were—the dot—but the collection of ideas and stories that surround that person is larger and more intimidating. 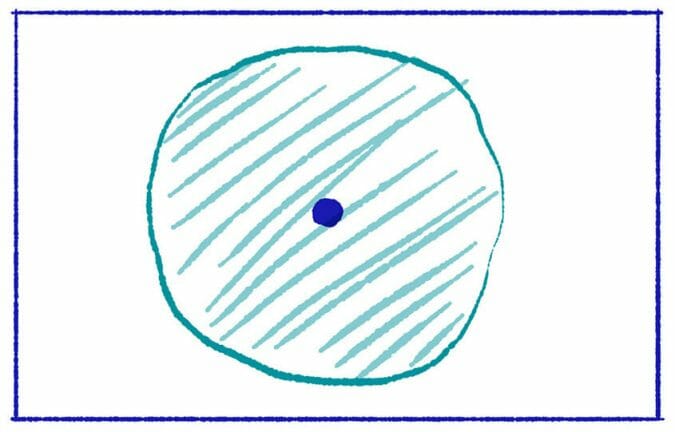 After you leave your job, you’ll remember the stories about your boss’ boss—stories you both experienced and heard—more than the fact that your boss’ boss was a real person, who struggled to get out of bed every morning and binge watched Netflix on weekends. In a similar way, when you want your partner back after a breakup, or you resolve to dislike them even more, you’re probably building up the idea of your partner in your head—the narrative that surrounds them—rather than recalling what they were actually like as a person.

And then there are a few select people who have even bigger stories wrapped around them. Pay attention to the ideas and stories that pop into your head when you hear names like Adolf Hitler, Jesus, Donald Trump, Barack Obama, Beyoncé, and George Clooney. These names probably prompt a big, tangled web of stories—a narrative shaped mostly by the things you’ve heard about each person in the past. These are people who have been dwarfed by their story—a story so large it overshadows the fact that they were ever a person in the first place. 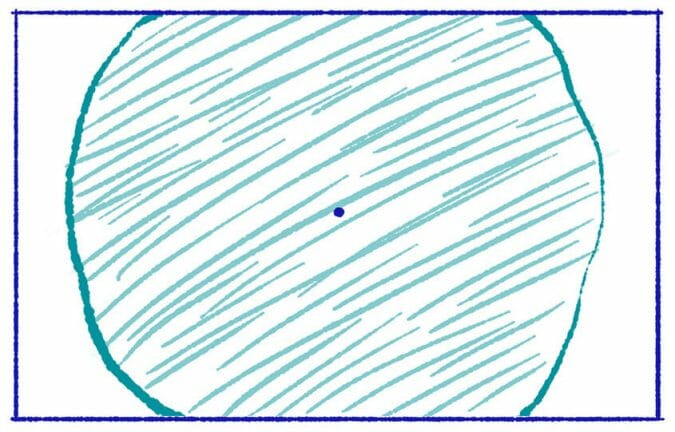 In our minds, these individuals are no longer people. The transformation is complete: they are an idea—a person who has become their story.

Something beautiful happens when you develop and build a close relationship and friendship with someone. The closer you become with someone, the more you can zoom in past their story to the person they really are, and see them as someone just as complex, vulnerable, and rich as yourself. 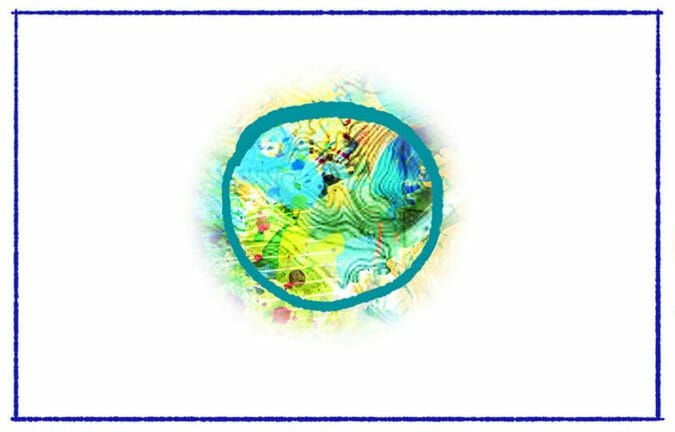 The problem today is that it’s harder than ever to zoom in to see this true self. That’s even the case with your friends. When you see a friend’s Facebook update, Instagram photo, or tweet, you aren’t seeing who they are as a person—you’re seeing part of the narrative they are trying to wrap around themselves. You see their perfectly-crafted Instagram beach photo, but not the 25 shots that didn’t make it on Instagram; how delicious their morning latte looked, rather than how ridiculous they looked at the cafe taking a dozen pictures of their coffee before the microfoam dissolved.

In a similar, much bigger way, every anecdote or story you’ve ever heard about a billionaire, celebrity, or politician only feeds and expands the colossal story that’s masked who that person truly is.

This is a dangerous trap, especially today. The reason for this is simple: When we see a person as an idea, we disregard their humanity.

Regardless of whether a celebrity’s narrative is shaped by them or their team, that story is designed to build the idea of that person. Seeing an open, vulnerable version of a person you know only as an idea is a rare event.

Through all of this, there’s one thing worth remembering when it comes to a person who, to us, has become an idea: We don’t love or hate a person themselves. We hate or love the idea of them.

Every person you see in the news, or pass on the street, or spend time with one-on-one, is a person full of flaws, insecurities, and strengths—just like yourself.

You just can’t always zoom in to see that part of them.