Two simple, non-corny visualizations that will motivate you to be more productive 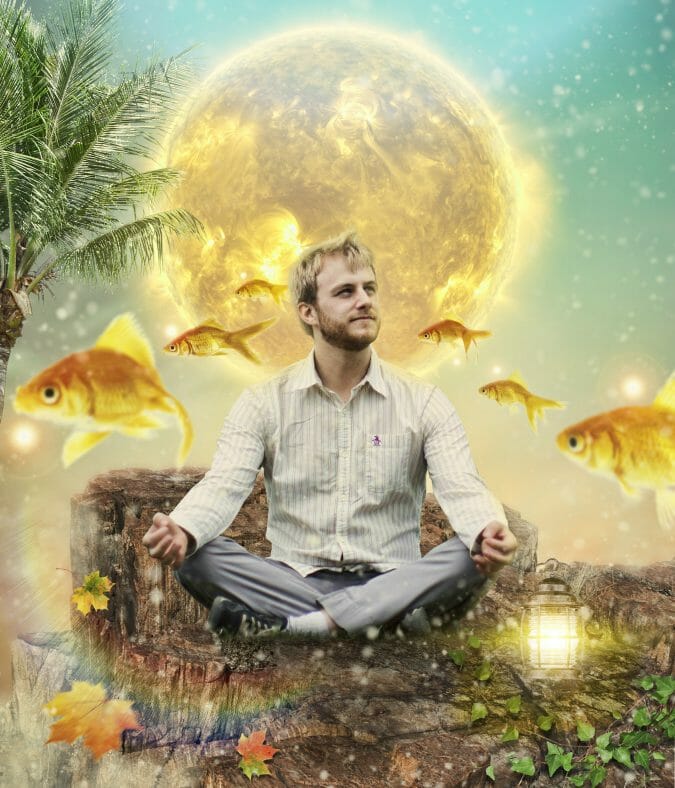 Visualizations don’t all have to be as corny as this picture. (Click for full-sized image.)

I’ve personally never been much of a fan of using visualizations to become more productive–the practice has always felt a bit hippy-dippy to me (and this is coming from a Buddhist who loves to meditate). But visualizations don’t all have to be as corny as the picture above.

But in his great book Eat That Frog, author Brian Tracy talks about two visualization scenarios that I love. If you’re looking to get more done this week, they just might be what you need to light a fire under your butt to become more productive.

Here they are, taken straight from Tracy’s book, Eat That Frog, which I highly recommend:

1. “Imagine each day that you have just received an emergency message and that you will have to leave town tomorrow for a month. If you had to leave town for a month, what would you make absolutely sure that you got done before you left? Whatever your answer, go to work on that task right now.”

2. “Imagine that you just received an all-expenses-paid one-week vacation at a beautiful resort as a prize, but you will have to leave tomorrow morning on the vacation or it will be given to someone else. What would you be determined to get finished before you left so that you could take that vacation? Whatever it is, start on that one job immediately.”

Give it a try–I think you’ll be pleasantly surprised at how well these techniques work, even though they might sound corny on the surface.