Edit: I’ve received several emails from folks who argue that this idea from Neil’s book misses the mark when it comes to teachers—that most teachers work much more hours than 40 a week. After looking at the data, I agree—and my apologies if you were offended by the original article. This idea doesn’t hold up for everyone—maybe it does in some cases in Canada, where the educational system is so different; I asked my friends who are teachers in Canada (five of them), and the average of their numbers is 45 hours a week. But the idea likely doesn’t apply in most cases in the U.S. (Still waiting to hear from a Retail Assistant Manager!) That said, I’d still argue that the idea of measuring your salary by the hour is a vital one.
Takeaway: A graduate with a Harvard MBA may make more money overall compared to other graduates—but when you look at how much each gets paid on an hourly basis, it’s easily possible for someone else to make more than a Harvard MBA. Harvard Business School graduates can make two or three times as much as everyone else—but they often also work double or triple the hours. 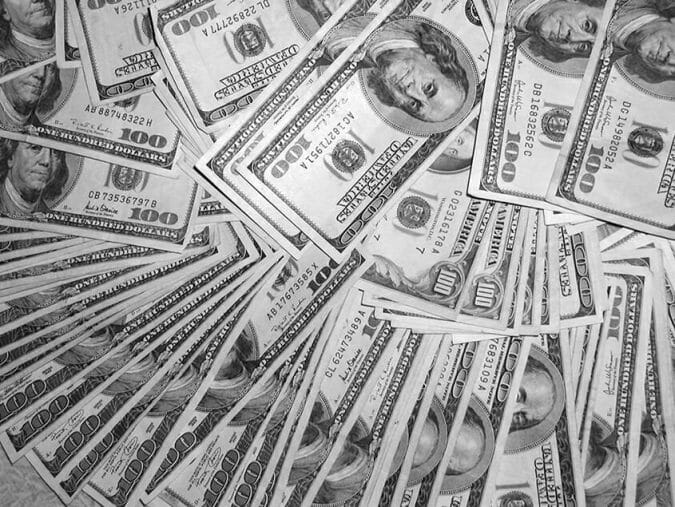 The average graduate of Harvard Business School makes about $120,000 a year. Neil Pasricha would know—he graduated from the school with an MBA, is now an executive at Wal-Mart, and perhaps most notably, is the acclaimed author of The Book of Awesome. He also has a new book out, which I think you’ll love named The Happiness Equation.

One of my favorite nuggets from this book is how he explores the relationship between time, money, and happiness.

In his book, Neil writes about how so many of his fellow graduates took a different path than him. He says they would often be “working on consulting gigs in a Chicago hotel room or slaving away on an investment banking deal” to earn big bucks. The average Harvard graduate with an MBA makes $120,000 a year, and they usually put in enough hours every week to justify that amount.

But that’s the thing, Neil argues—that they put in the hours. In The Happiness Equation, Neil features a chart that illustrates this point. While a Harvard graduate makes a truckload of money every year, that doesn’t come without sacrifices—especially time. In fact, given how many hours she or he may work, a Harvard MBA may not make any more money than a retail manager or a teacher (especially when lots of traveling is involved): 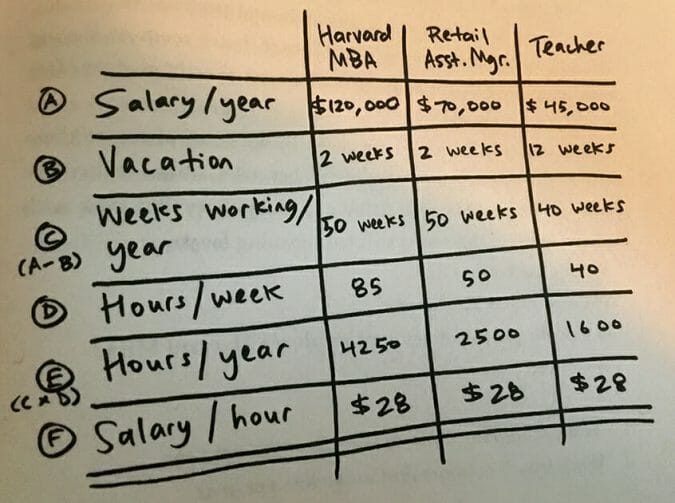 This idea works into what I consider to be the purpose of productivity. In my view, investing in productivity is crucial because by completing everything we have to do in less time, we carve out more time for what’s most meaningful to us. This way, we can work a big job that we bring a lot of focus to—and still have some time, attention, and energy left over when we come home for our loved ones. (We might even have a few hours to watch a little Netflix, too.)

While people have been shown to work fewer hours than they think they do—the average person who claims to work more than 75 hours a week actually works less than 55—the point still stands.

Working is a way of exchanging your time for money. But it doesn’t make sense to just consider how much you’ll make over the span of one year—especially when every single job calls for a different level of commitment.

When you consider your job, or evaluate new ones, it’s important to keep that in mind. As Neil puts it, like it or not, “every single job is paid by the hour.”