6 smartphone keyboard hacks that will make you type faster

Takeaway: Use these 6 smartphone keyboard hacks to be more productive when you type on your smartphone. 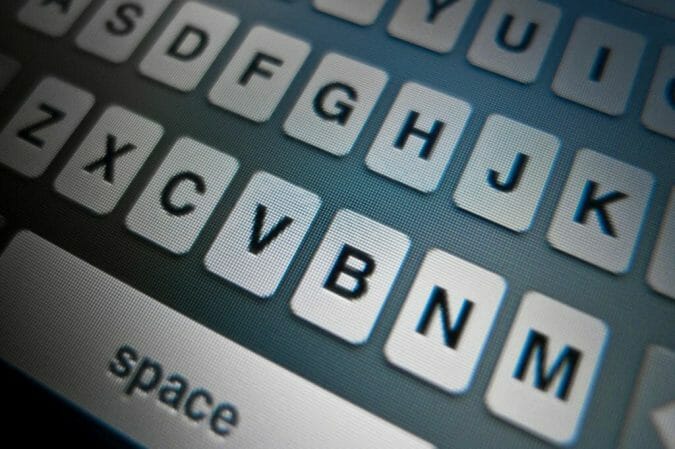 Yesterday I posted an article talking about how much more productive learning to touch type can make you. But if you’re like me, you also spend a ton of time typing on your smartphone’s keyboard. Depending on your level of tech prowess, you may know some of these already, but here are six quick smartphone keyboard hacks you should be taking advantage of!

1. Double-tap ‘shift’ for CAPS LOCK. This is a great, quick shortcut that works on both Android and iPhone (though you have to turn on this feature on the iPhone – it’s in Settings -> General -> Keyboard -> “Enable Caps Lock”).

2. Double-tap the space bar to insert a period. I’m surprised by how many people don’t know this trick – it works on nearly every smartphone.

3. Program custom keyboard shortcuts. This lets you program system-wide shortcuts – for example, when you type “omwh”, your phone can automatically change that text to “On my way, honey!” On an iPhone, you can create text shortcuts under your Keyboard settings, and on Android, navigate to Settings -> Language & Input -> Personal Dictionary (though the wording may differ depending on which Android phone you have). 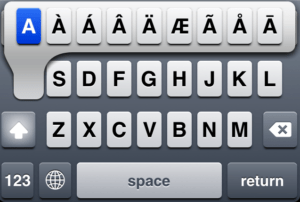 Tap and hold a character on your iPhone or Android phone to reveal different character options.

4. Tap and hold to reveal additional characters. If you tap and hold characters that have associated accents on an iPhone or Android phone, you’ll be presented with an array of accented characters.

5. Speak instead of tapping. Recent iPhones have built-in dictation (the microphone button next to the space bar), and most Android phones have a microphone on the bottom-left corner of the keyboard. You can likely speak faster than you can type, and if you’re typing a longer message, this can save you a whack of time.

6. Type with Swype. If you have an Android phone, a great way to boost up your WPM is to install Swype. Swype is an app that lets up smoothly move your finger from one letter to the next, almost like you’re painting over them with your finger instead of typing them. More recent versions of Android have this feature built-in – it’s named “Gesture typing” in settings.