My interview with the world’s most productive musician, Ernie Halter

Takeaways: Always be under a bit of pressure to perform, stop trying to be perfect (to become way more productive), make deadlines and goals for yourself, schedule your personal life, focus on more important (and less urgent) things. 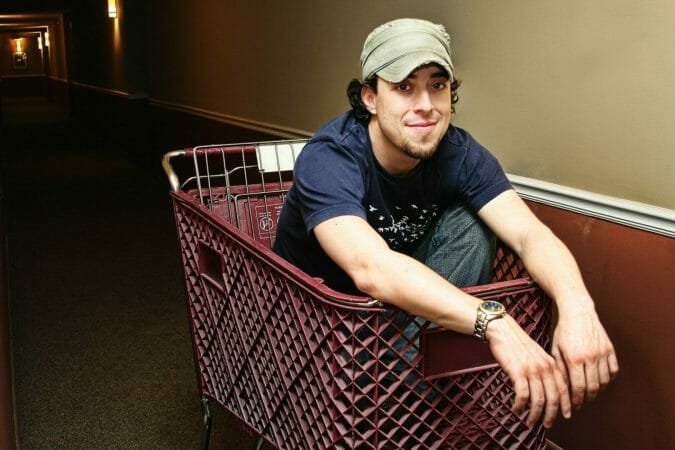 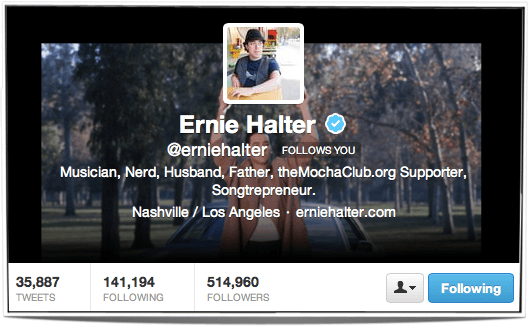 In addition to being able to pull off wearing a fedora, Ernie Halter is a productive badass. He’s creating a song a week, for 52 weeks, as part of a successful Kickstarter campaign. He constantly stays on top of twitter, where he has over half-a-million followers. He’ll perform a private house concert for you if you pay his way and a performance fee. He recently wrote a song in 90 minutes on a live webcast. Oh, and Ernie has a wife, three kids, and juggles his work and home lives constantly. The man has even performed a pretty sweet duet with Justin Bieber.

I recently had a good chat with Ernie about how he stays so productive. I pulled the best nuggets from our interview, and they’re below!

1. Make sure you’re always under some pressure

Ernie is the sole breadwinner for his family. “That constantly keeps me motivated more than anything else to stay busy, stay active”. “I feel the most productive when I’m under a little bit of pressure, and when I’ve had a little bit of success“.1

Ernie also said that when you put yourself in a position to feel pressure to perform because you have to (like when you’re the sole breadwinner for your family), you will perform well. “You always have to take the leap first. Get under the pressure a bit, and that’s what motivates you to make it happen. It happens because it has to.” 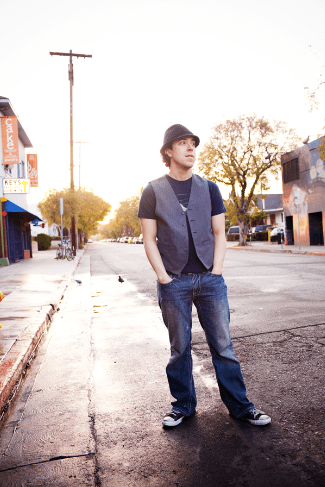 There’s an old proverb that goes, “perfect is the enemy of good”.2 Ernie doesn’t just like the proverb, he lives it. Ernie zenfully said that “sometimes the only way to write a good song is to write a lot of bad songs“. Halter writes about 100 songs a year, and he mentioned that he even feels “physically sick” when he doesn’t finish writing one of them.

To Ernie, writing 100 songs a year is a “great exercise in letting go of perfectionism”, particularly “because thoughts often get in the way of creating, and you can’t progress if you’re not creating“.

“The people who end up being really great are the ones who go, ‘I don’t care – even though I’m not very great at this, I love the process of doing it.’ The process of writing is frustrating at times, but I love the end result so much that I continue to do it.” And Ernie doesn’t let making a crappy song discourage him. “Most of the good songs, until they are good, are not good. They suck while they’re being created. They go through that awkward teenage phase where their teeth are sticking out, and one arm is a bit longer than the other.” But in the end they do become good, after they pass through that phase, which makes all of the effort worthwhile. Not striving for perfection is what makes Ernie’s music so great.

3. Seek out deadlines, and create them for yourself

Another place Ernie finds pressure to be productive is with deadlines, which he actively seeks out and sets for himself. (That might make him sound like a masochist, but I promise he’s really nice.) Just like being the breadwinner for his family, deadlines create pressure for him to perform. “I love deadlines, and I work very well under them. They keep me extremely motivated, and I think they keep most people motivated.” “If I have less time for something, I’m forced to make the decisions I’d normally not be forced to make, so it forces me to prioritize, figure out what’s not important, and not be a perfectionist as much“. 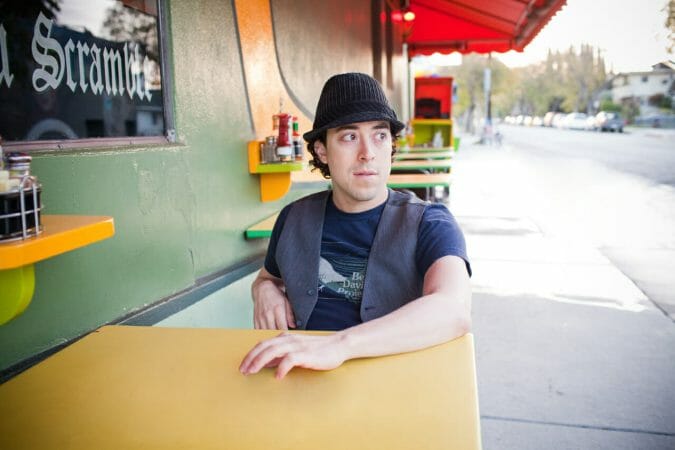 4. Set goals, write them down, and keep track of your time

I asked Ernie for the one piece of advice he would give someone who wants to become more productive.

“Set goals, write them down, and keep track of your time. Time is like money – it has a way of disappearing on you. I think it’s almost impossible for someone to decide what they want, write it down, and make a plan to achieve it – break off little chunks of it and have every action be supporting that goal – and not get it.”

Even though Ernie’s wife doesn’t always understand, “I have to schedule time for my personal life, because if I don’t, it won’t happen”. Ernie’s “work” life easily fills up his calendar, especially if he doesn’t block off time for things that are more important. “The only way [for me] to do something is to schedule it“.

Ernie mentioned that if you have things you want to get done that you don’t end up doing, scheduling what you want to do, even if its spending time with your family, might be just the ticket to getting it done. 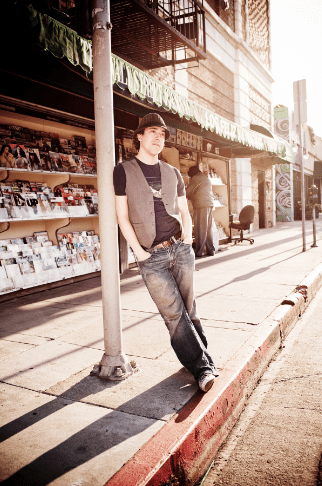 6. Don’t just put out fires all day – make sure you focus on important stuff, too

Every day Ernie makes a list of what he wants to accomplish, and makes sure he does something that is important and not urgent. That way he can make sure that he doesn’t just put out fires all day that are not as important in the long-run.

7. Drink coffee, and get enough sleep

Sometimes the solution to becoming more productive is simpler than you expect.

“I drink coffee and I try to get a reasonable amount of sleep”, and that’s all Ernie needs to manage his energy throughout the day.

He may be an exception, though, because waking up and doing what you love every day likely isn’t all that big of a chore.