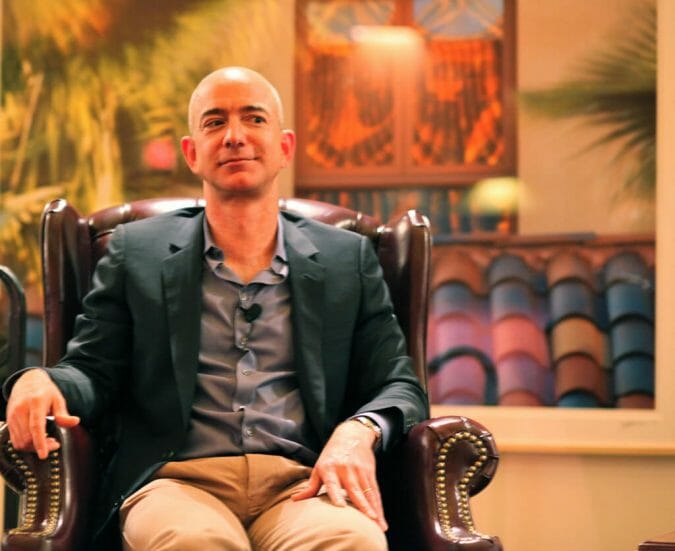 Jeff Bezos fascinates me. If you’re not familiar with Jeff, he’s the founder of Amazon.com; a fascinating company in its own right. Maybe the part of the company that I find the most interesting is that Amazon.com makes absolutely no money, even though its publicly-traded.

Every day Amazon ships millions of products (from books and kindles, to gardening supplies, to uranium ore), and while the company can charge more for what they do, they choose to merely break-even on everything they do so they can continue to grow their business.

To paraphrase Matthew Yglesias, Amazon essentially runs as a charitable foundation for the benefit of consumers. “Amazon sells things to people at prices that seem impossible because it actually is impossible to make money that way.” Investors buy into the company because they know that at any time, Amazon can flip a switch to make a profit, when they want to switch from a “growth” mode to a “profit” mode.

This morning Jeff Bezos ran an all-hands meeting for staff at The Washington Post, a newspaper he acquired exactly one month ago. I just finished sifting through some crappy (yet very interesting) leaked audio from that meeting, and unraveled these 10 unexpected productivity lessons from Jeff Bezos: 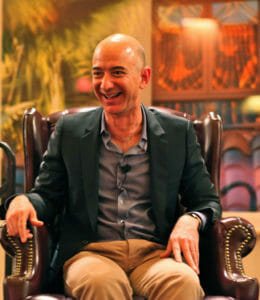 3. Work backward from your goals. This jives with a post I ran this morning about the costs of becoming more productive. When an employee asked Bezos what his goals were for headcount at The Washington post, he said that “there are no extra points in business for growing headcount. The goal is not to grow headcount; the goal is to serve readers, and then you work backward from there” to figure out what you need to do.

4. Know your limitations. Throughout the meeting, Bezos constantly referred to himself as playing in the “tee-ball leagues” while the staffers at the Washington Post played in the majors, and when he spoke, it was very clear that he was aware of what he knew, and what he didn’t know. Bezos was also incredibly clear about what he could bring to The Post: a “financial runway”, and “a point of view – being reader-focused”. I think every productive person should know their limitations and what they need to improve on.

5. Don’t be boring. Talking about The Washington Post’s aging customer base, Bezos mentioned that “the number one rule has to be: don’t be boring”. There’s no doubt in my mind that he brings that exact attitude to Amazon, too.

6. Have a singular vision. According to Chip and Dan Heath, author of the great book Switch (a book about how to change things), to induce change you have to “point to the destination”, and make sure that “you [and your employees] know where you’re going and why it’s worth it”. More times than I can count, Bezos mentioned putting the reader first, and he constantly pointed toward that destination throughout his talk. According to Bezos, The Washington Post should be “reader-focused, not self-focused, or advertiser-focused”.

7. Don’t go at it alone. To Bezos, “the myth of the lone genius, who comes up with these ideas, and sends them down, is a myth.” The reality is that great ideas, great strategies, emerge from a group of people who collaborate together. 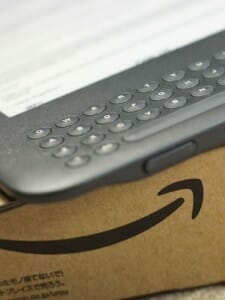 8. Explore. Referring to finding a way to make money through great journalism in the Internet age, Bezos said that “this code has not been cracked”. “There are so many degrees of freedom. So many knobs that can be turned and things you can be experimented with that I’m very optimistic that we can find something that readers love and are engaged with, that we can charge for.” While other papers might not have as much freedom to explore as The Washington Post (with Bezos backing it), exploring when and where you can is partly what makes Amazon so successful, too. One example: who would have guessed, five years ago, that Amazon would be selling supercomputing power to the CIA?

9. Be optimistic. At the event, Bezos described himself as “genetically optimistic” (though that that doesn’t mean making blind business decisions – later at the meeting, he mentioned how he’s less optimistic about things like monetizing the paper via the web). Being optimistic can have a profound affect on your productivity, with one study showing that more optimistic are more engaged, more motivated, and better paid.

10. Laugh! Jeff Bezos has one of the craziest, most contagious laughs I’ve ever heard, and it’s pretty obvious that he has fun when he’s trying to take over the world. Why be productive if you’re not having fun, right?