Takeaway: Louis C.K. is successful because he’s hard-working and patient. 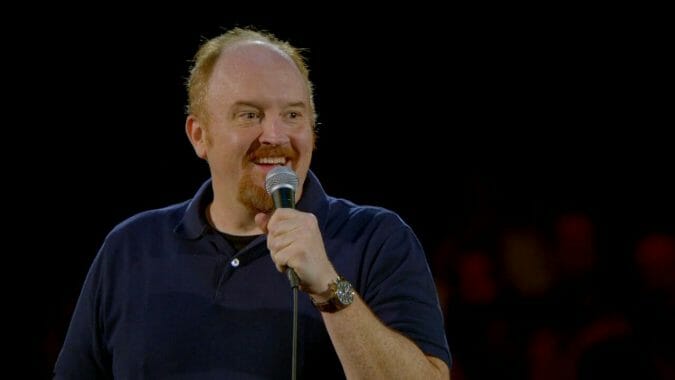 When I was reading an interview with the great (and disturbing) comedian Louis C.K. the other day, one quote stuck out at me above all of the others. The quote was about hard work and patience.

Does it matter that what you’ve achieved, with your online special and your tour can’t be replicated by other performers who don’t have the visibility or fan base that you do?

Louis: Why do you think those people don’t have the same resources that I have, the same visibility or relationship? What’s different between me and them?

Louis: So why do I have the platform and the recognition?

At this point you’ve put in the time.

Louis: There you go. There’s no way around that. There’s people that say: “It’s not fair. You have all that stuff.” I wasn’t born with it. It was a horrible process to get to this. It took me my whole life. If you’re new at this — and by “new at it,” I mean 15 years in, or even 20 — you’re just starting to get traction. Young musicians believe they should be able to throw a band together and be famous, and anything that’s in their way is unfair and evil. What are you, in your 20s, you picked up a guitar? Give it a minute.

I love this quote. It’s hard to win awards for writing, producing, directing, and acting like Louis does by sitting on your ass all day.

Louis C.K. has been doing comedy for 29 years,1 and according to him it was “giving it a minute” and putting in a ton of hard work that made his career take off.

If you want to check out the whole interview, here it is!