Laura Vanderkam knows how we can have it all

Takeaway: Laura Vanderkam’s newest book, I Know How She Does It, is great. She studies the detailed time logs of 143 women, who all make six figures a year and have families. The insights she offers in the book are fantastic, and my favorites have to do with the productivity myths we buy into: that we don’t have enough hours in the day, we work crazy hours, it’s impossible to be fully “there” at work and at home, we don’t have time to recharge, and the stories men and women tell themselves about housework. 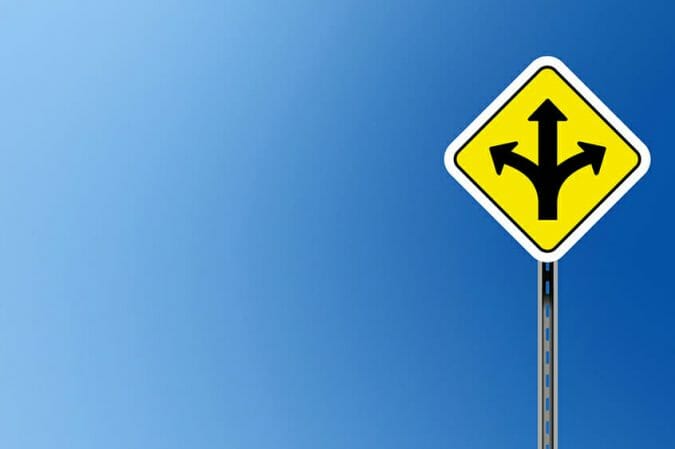 For her new book I Know How She Does It, Laura Vanderkam conducted an experiment I find absolutely fascinating.

Laura collected the detailed time logs—how a person spends every hour of the day—of over 100 women who make six figures a year, and who also have families. The idea behind Laura’s project was simple: do a deep dive to discover what these women had in common that let them seemingly “have it all.” I find it intriguing that the experiment was incredibly selective: kids and family aside, only 4% of women in the United States make that much a year. 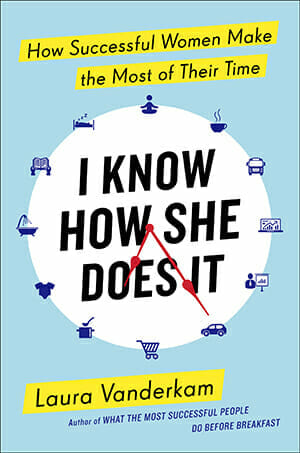 It’s not even funny how far outside the target demographic for this book I am. But to my surprise, I thoroughly enjoyed reading it, and I believe you will, too.

There are so many golden nuggets in this book that I had a hard time picking an angle for this article. Ultimately, I picked an idea I think will be applicable to everyone: the false narratives we buy into as we invest in our productivity.

By changing how we think about our time, it’s possible to change how we spend it. As the women in the study went about their weeks, without realizing it, they subscribed to faulty narratives about how they spent their time. These were only unearthed when the women looked back at their time logs. In my opinion, these stories don’t only apply to women who appear on the surface to “have it all.” They’re universal. Each week, as we invest in our productivity, we tend to tell ourselves stories around how we spend our time that simply aren’t true.

For this article, I’ve pulled my five favorite false narratives from I Know How She Does It.

The stories we tell ourselves

1. We don’t have enough time. According to Laura, one of the biggest myths we have about how we spend our time is that we don’t have enough of it. Most of the women she interviewed for I Know How She Does It fell into this trap. We often tell ourselves that we “work full-time so we never see our kids,” “we have too much work so we don’t have time to exercise,” and that we “don’t have time for ourselves.” As Laura told me recently, anyone who tracks their time for a week will find “it’s likely none of these statements are actually true.” If you work for 40 hours a week, and sleep a full eight hours a night, that still leaves you with 72 hours every week to spend meaningfully. Laura said, “Many of these stories were not true and life as a whole was more balanced than they were making it out to be.”

2. We work insane hours. This is my favorite myth Laura debunked. She discovered, “when we feel like we’re working a lot, we put a big number on it.” Plus, when you say you’re working 80 hours a week, it seems to other people that you’re twice as productive, and that the world needs you twice as much. Laura observed, “how many hours people work is something we just don’t think about.” So when the participants in Laura’s experiment paid attention to it, they found that the average number of hours they worked wasn’t 80, 70, or even 60 hours a week. The average of everyone in the study? 44 hours. Not one person worked more than 70 hours a week, and only six (of the 143) logs topped 60 hours. Other studies have found the same: we work fewer hours than we think, even though it may not always feel that way when we’re busy. 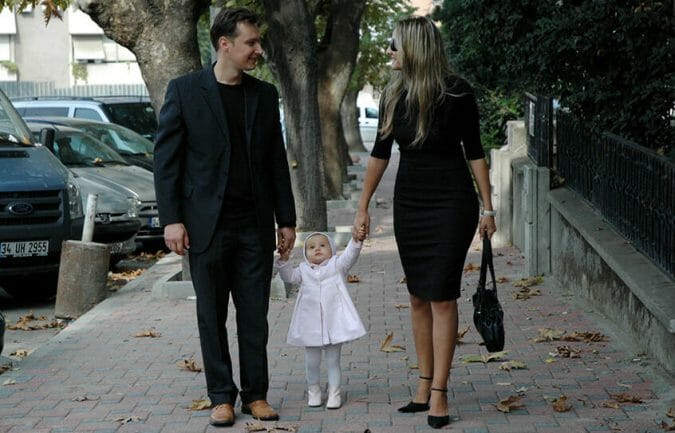 3. We can’t be fully ‘there’ at work and at home. The women Laura studied were especially busy and in demand, but they were still present for both their work and home lives. The most common technique she found for how they made it all work was the “split shift.” This involved working two work shifts throughout the day—like from 9:30 a.m. to 5 p.m., and then another two or three hours in the evening. The participants who did so were able to leave work at a reasonable hour, be with their husband and kids until the evening, and after the kids went to bed continue to work instead of watching TV or doing housework (which has a marginal return after a certain point). It’s worth noting that the participants watched hardly any TV—they averaged 4.4 hours of it a week, less than the average American watches every day. Although, it’s naturally hard to determine whether they spent their time differently when they were tracking it. The split shift also helps with perceived productivity: when we answer emails in the evening, it may look like we’re working late into the night, when in fact we left work at a reasonable hour to spend time with our family.

4. When we’re busy, we don’t have much time to recharge. Curiously, Laura found that nearly everyone in her study got enough sleep. As she put it to me, “if you have a busy life, making sure you have enough energy to deal with it all is fundamental to making all the pieces fit.” In the study, she found that the women averaged 7.7 hours of sleep a night, and while there were bad nights, no one averaged less than six hours a night. Laura explained, “Sleep is simply a biological function, it is not a testament to how important you are.” The participants also had time for exercise: 91% of the women logged some form of physical activity, and averaged 3.3 hours of exercise per week. As she writes, “anyone can fit in thirty minutes here and there around the margins of their lives.” 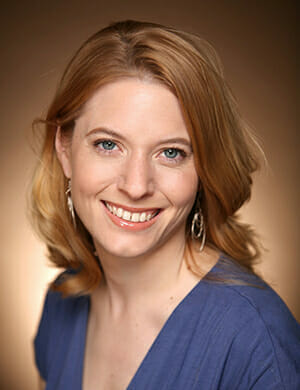 5. Women and men see housework differently. I’m going to tread lightly with this one—I’m not a woman and I don’t have kids, a spouse, or a ton of housework to do, so Laura is more of an expert on this than me. But it’s worth mentioning because it is so interesting: women and men view housework differently. The main difference, said Laura, is that “professional women, no matter how much they are supporting their children financially, still often compare themselves to an idealized version of a stay-at-home mother.” According to Laura, “men generally don’t have the same narratives about housework than women do,” and no matter how successful a woman is, she curiously still compares herself to a stay-at-home mom. As Laura writes in the book, in families where the mom stays home and the dad brings in the bacon, women spend 25.5 hours per week on housework and men spend 7.6 hours. In situations that are flipped—where the mom works and the dad stays at home—the husband spends 17.9 hours on housework, while his wife still devotes a whopping 14.1 hours to it.

Laura has been an advocate for keeping a time log for many years. She even wrote a book on the topic: 168 Hours: You Have More Time Than You Think. The insights you’ll gain from keeping a time log can be immense—and it may even reveal the truth about some myths you believed. As Laura told me, “I’m a firm believer in examining the stories we tell ourselves—after all, we shouldn’t be making decisions with faulty evidence.”

Keeping a time log is a pain, and it is tedious in practice. But it’s worth the effort. As the women in the study quickly discovered, the time and attention you invest into maintaining a time log will pay for itself many times over.