The cure for writer’s block (or any kind of block, really)

Takeaway: I experienced a big case of writer’s block after I pushed myself too hard to write, didn’t step back enough from what I was writing, and didn’t give myself permission to fail. When I stepped back to become kinder to myself, take frequent breaks, and give myself permission to fail, I blew right through my mental hurdles. The same will work for you if your work requires creativity. 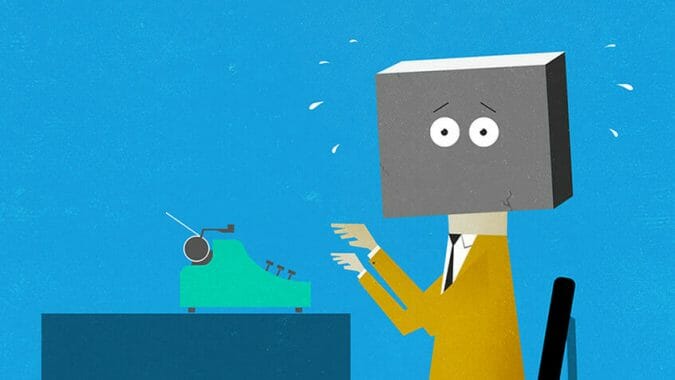 The only way to run a marathon is to put one foot in front of the other, again and again, until you’ve run 26.2 miles. No matter how much you train, or how many running magazines you read, it’s impossible to run a marathon without doing this.

A similar thing is true with writing. The only way to write is to put one word in front of the other, until you say everything you intended to. The fun part about writing is that you often figure out new things while you’re writing—new lessons inevitably reveal themselves whenever you explore the boundaries of what you know.

But just as I have never run a full marathon, I don’t consider myself a writer. While some people call me a writer (especially after my book landed in stores), I’ve never identified too closely with the label. It is productivity that I’m obsessed with—and so far the best way I can make a living exploring my favorite topic is by writing. Just as someone who is fascinated by astrophysics might become better at math to understand what she loves, I’ve invested in my writing to explore what I’m most deeply interested in.

Exploring productivity is more fun than ever, but while writing my book I put a ton of pressure on myself. For fun, I aimed (and succeeded) at handing in my manuscript six weeks ahead of schedule—which resulted in my publisher bumping up the publication date from March to January. In order to create a good product, your ability level and effort need to be equal. But to create a great product, you need to have a team that will help shape the product to its full potential while you also push your ability level to its limit. I knew that by writing to the absolute best of my ability, my extraordinary editor and fact-checker for this book would still find improvements, and the end product would be that much better. (As an added bonus, this helped me learn a ton during the process.) Throughout the writing process, I was constantly putting pressure on myself to finish early and pushing my writing ability. 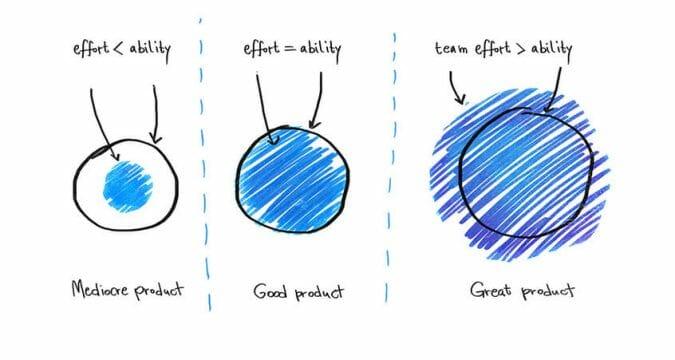 The effort and pressure paid off: I’m damn proud of the finished product. The Productivity Project is easily the best thing I’ve ever made. But after submitting the manuscript for my book, writing became less fun because of the pressure I’d put on myself in the process.

After the project finished up, I hit a wall with my writing. It was as if I smashed into a runner’s wall in my 18th marathon mile, and my feet turned to jello. Some people call this “writer’s block.” Since I’d never experienced it before, I initially had no idea what it was.

Ironically, my first instinct when I hit the wall was to push myself even harder. While this worked for writing my book, it wasn’t sustainable in the long-run. When I pushed myself, I didn’t often step back from what I writing. I also had crazy-high expectations for myself—I wanted every word I wrote to be great. This meant I didn’t give myself permission to write crap or take risks, which made writing less fun.

These three instincts all stemmed from good intentions, but they ultimately destroyed how creative I was.

All three shattered my productivity. If you do creative work, you may have noticed them getting in the way of your productivity, too.

As I stepped back and made a plan to reverse all three, the process of writing began to fade into the background again. As I connected more deeply with the ideas I was putting down, it became easy to put one word in front of another. Thinking about writing no longer got in the way of thinking about what I was writing about.

It was stepping back to think about and then combat these well-intentioned instincts that let me plow through the invisible wall. Here’s what worked best for me:

While you might not write for a living, your work probably requires at least a bit of creativity. If it does, especially if you invest a lot of time in a creative process (like writing, illustrating, programming, or painting), keep these three creativity destroyers in mind.

Taking it easy on yourself, frequently stepping back, and failing more often can go a long way toward making you more creative and productive.